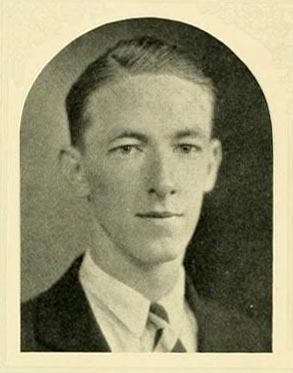 James Hal Kemp, orchestra and band leader, was born in Marion, Ala., the son of T. D. and Leila Rush Kemp. His mother was a poet. Hal Kemp began his musical training while working at Marion's Bonita Theater, playing piano. After his family moved to Charlotte, he attended and was graduated from Charlotte Central High School. While in high school he organized his first dance band, a five-piece combo called "The Merrymakers."

In 1922 Kemp entered The University of North Carolina, where he organized a campus band known as the "Carolina Club Orchestra." During the summer vacations, the band performed in Europe. Active on campus, Kemp was a member of the Musical Club, band, orchestra, glee club, and Delta Sigma Phi and Lambda Phi Epsilon fraternities. He was also president of the Wigue and Masque, the dramatic arts association. During his senior year he formed a seven-piece combo, the forerunner of his nationally known orchestra, which included future musicians Skinnay Ennis, John Scott Trotter, and Saxie Dowell. On the advice and encouragement of bandleader Fred Waring, the orchestra went professional after Kemp's graduation in 1926.

Later that year Kemp's orchestra appeared in Buffalo, N.Y., and started playing in theaters and hotels throughout Europe and the United States. Kemp developed a national reputation following a long stint at the Blackhawk in Chicago in 1932. In the same year he married Betsy Slaughter, a Dallas, Tex., debutante, and moved to a permanent residence in Shongum Lake, N.J. They had two children, Hal, Jr. ("Tippy"), and Sally Rush.

Kemp was proficient in playing trumpet, clarinet, and saxophone. He was recognized for the clean, smooth style in the saxophone and brass sections of his orchestra, as well as the unusual choral arrangements. The band's theme song, which Kemp arranged, was "I'll Be with You When the Summer Is Gone." The band recorded a number of other popular tunes during the late 1930s, including "Got a Date with an Angel," "Lamplight," "Remember Me," "The Loveliness of You," "The Breeze and I," and "Way Back in 1939 A.D." It also played for a number of radio shows, including "Penzoil Parade," "CBS-Time to Shine," "Penthouse Party," and "Chesterfield Program."

Kemp's band was the first to be featured in a motion picture, Radio City Revels of 1938. Receiving wide acclaim, it was named by Variety magazine as the favorite "sweet-swing" band of 1938 and received the Associated Collegiate Press All-American Musical Award for 1938.

In 1938 Kemp was divorced, and on 13 Jan. 1939 he married Martha Stephenson, of New York but originally from Alabama. In the latter year he served as a guest conductor of the Chicago Symphony, partially fulfilling his secret ambition to be a symphony conductor. His dreams were cut short, however, on 19 Dec. 1940 when he was severely injured in a head-on automobile collision near Madera, Calif., while traveling from Los Angeles to San Francisco to play an engagement. From a punctured lung he developed pneumonia and died two days later. His death came less than two months before he was scheduled to play his most prestigious engagement, a three-month stand at the New York Waldorf-Astoria.