Connie Myers Guion, physician and teacher, was born at River Bend Plantation near Lincolnton. Her parents, Benjamin Simmons and Catherine Coatesworth Caldwell Guion, moved the family to Charlotte during her childhood.

Dr. Guion gained a national reputation in medicine at a time when few women even considered attempting such a career. Educated first at Kate Shipp's School in Lincolnton, she prepared for college at Northfield 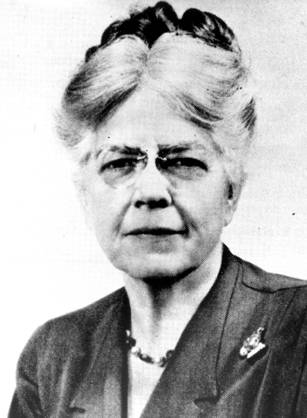 (Mass.) Seminary and entered Wellesley College, from which she received the A.B. degree in 1906. After earning a master's degree in biochemistry (1913) and a medical degree (1917) from Cornell University, she served an internship at Bellevue Hospital during the flu epidemic of 1918.

From 1906 to 1908, Dr. Guion taught chemistry at Vassar College, N.Y.; thereafter for four years she was chairman of the chemistry department at Sweet Briar College, Va. For a short time, she assisted her brother-in-law, a physician who operated a sanatorium near Columbia, S.C. She then began the practice of internal medicine in New York City and joined the faculty of Cornell University's Medical College. Dr. Guion was the first woman in the United States to hold the rank of professor of clinical medicine, which she attained in 1946. She was chief of Cornell's medical clinic in New York City, both before and after it became part of New York Hospital. In addition to her medical practice and teaching, she wrote numerous articles on medical topics, served as a member of the industrial council for New York State's Department of Labor, and was adviser to the National Health and Safety Council of Girl Scouts.

Dr. Guion held honorary degrees from Wellesley, the Woman's Medical College of Pennsylvania, Queens College of Charlotte, N.C., and The University of North Carolina. Cornell gave her an award of distinction. A building of the New York Hospital was named for her in 1963, as was the science building at Sweet Briar College in 1964.

Dr. Guion was a member of the Episcopal church and of the Republican party. She died in New York City at the age of eighty-eight and was buried in Charlotte.