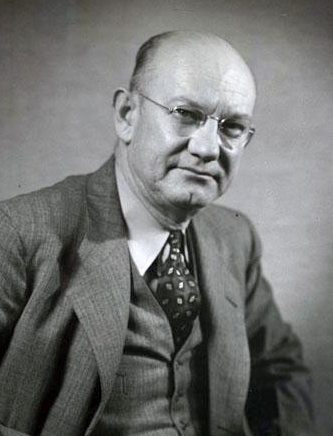 Clarence Wilbur Griffin, newspaper editor and historian, was born in Spindale, Rutherford County, the son of Lewis W. and Naomi Johnson Greene Griffin. After graduation from Spindale High in 1923, he studied for a year at North Carolina State College of Agriculture and Engineering. He then was employed as an engineer by the North Carolina State Highway Commission from 1924 to 1925.

In 1925, at age twenty-one, Griffin's interest in community affairs prompted him to seek the editorship of the Forest City Courier, Rutherford County's most influential newspaper. Under his guidance from 1925 until his death, this paper, renamed the Forest City Courier-Spindale Sun (Rutherford County Publishing Co., Inc.), became an expanding and powerful business enterprise. Beginning in 1942, Griffin was editor, general manager, and secretary-treasurer. During this time, he was also influential in such statewide press organizations as the North Carolina Press Association (historian, 1939–58) and the Western North Carolina Weekly Newspaper Association (president, secretary).

From 1933 to 1935 Griffin served a brief stint in the North Carolina General Assembly, winning election to that office by the largest vote ever given a legislator in Rutherford County. He also was an officer of the county Democratic executive committee.

In 1927 Griffin married Thelma Elizabeth Clay. They had a son, Donald Clay, and the family lived in Forest City.

Griffin poured his energy into his work until, at age fifty-four, he suffered a fatal heart attack in his office at the Forest City Courier. He was buried in Cool Springs Cemetery, Rutherford County.