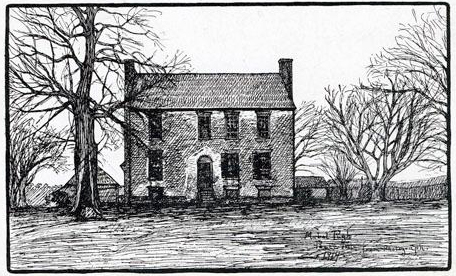 Isaac Gregory, Revolutionary officer and public official, was born in Pasquotank County, the son of William and Judith Morgan Gregory. He was a brother of Dempsey, also a Revolutionary officer and public official. As a county justice in 1765, Isaac signed an agreement not to hold court until the Stamp Act was repealed. In 1769–70 he was collector of public debts in Pasquotank County, and in 1770 and 1773 he was sheriff—altogether he was appointed to this office eight times. In the latter year he was a trustee to build St. Martin's Anglican chapel on land given by Thomas MacKnight in neighboring Currituck County. He represented Pasquotank County in the Assembly of 1775, the last to meet at the call of a royal governor, and was also a delegate to provincial congresses in 1775 and 1776, at the last of which the state constitution was written and adopted. On 6 Apr. 1775 Thomas MacKnight, a delegate from Currituck County, refused to sign the Continental Association, and Isaac Gregory was among the five delegates who withdrew in support of him. Nevertheless, Gregory himself supported the action of the Continental Congress.

Gregory was commissioned lieutenant colonel in September 1775 and promoted to colonel seven months later. He served as a member of the Safety Committee of the Edenton District and was named by the Provincial Congress to procure arms in Pasquotank County and to take charge of Tory property. The General Assembly in July 1777 named him to a committee to establish a courthouse and other public buildings for the new county of Camden in which his extensive land holdings now lay. Soon after the Assembly elected him a brigadier general on 12 May 1779, he joined General Jethro Sumner at Yadkin Ford near Salisbury. At the Battle of Camden Gregory's men "fought with desperation" but were abandoned by others and outnumbered. The general was wounded in the battle and his horse was shot from under him. Cornwallis's report erroneously recorded the death of Gregory. Although he was engaged in military action in Piedmont North Carolina and upcountry South Carolina, he corresponded with governors Richard Caswell, Thomas Burke, and Alexander Martin.

In March and April 1781, Gregory and his troops were charged with protecting northeastern North Carolina from a possible British attack from their bases in Virginia. The militia made several forays in the direction of the enemy. During an idle evening in camp, a British officer, for amusement, wrote a letter to which he signed General Gregory's name. The text of the fanciful letter contained the suggestion that American forces might be betrayed to the British. The next morning the British abandoned their camp and the fictitious letter was left behind. Found soon afterward by Americans who knew nothing of its origin, it was assumed to be authentic. This discovery created a sensation and Gregory, charged with treason, was about to be court-martialed. Hearing of Gregory's predicament, the officer who had written the letter sent the Americans a full account of his role in the affair and expressed complete confidence in the loyalty of General Gregory to his country. This, of course, ended the charges, but Gregory was forever after deeply resentful of the doubt expressed at that time as to his patriotism.

Gregory represented Camden County in the North Carolina House of Commons in 1780–81 and in the senate for ten terms between 1782 and 1795. In 1782 he was named a trustee of Smith Academy in Edenton, and in 1789 he became a trustee of the Currituck Seminary of Learning. As a delegate to the constitutional conventions of 1788 and 1789, he was active as a Federalist. In 1787 and 1788 he served as a commissioner to promote navigation on Albemarle Sound. As customs collector for the District of Camden in 1793, he seized a schooner for improperly importing goods.

Gregory's first wife may have been a daughter of Caleb Sawyer; his second wife was Sarah Lamb. His children were William, Isaac, Mary, Sarah, Penelope, and Harriett. He was buried on his plantation, Fairfax (now often called Fairfield), in Camden County. The handsome, three-story brick house, dating from the 1740s, is still standing although not in good condition.

J. G. Simcoe, A History of the Operations of a Partisan Corps, Called The Queen's Rangers (1844).