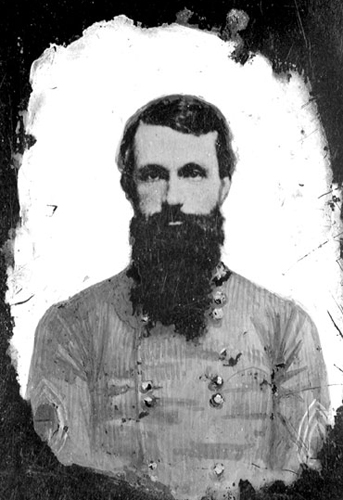 Daniel Chevilette Govan, Confederate general, was born at New Bern, the son of Andrew Robison Govan, who represented the Orangeburg District of South Carolina in the United States Congress from 1822 to 1827. At an early age young Govan was taken to Somerville, Tenn., and thence to Marshall County, Miss., where his father built the plantation Snowdown near Holly Springs. Here Govan spent his childhood. He was educated at Columbia University, Columbia, S.C., graduating in 1848. In 1849 he joined a group of prospectors headed for California led by future Confederate general Ben McCulloch, for whom Govan had vast admiration and after whom he subsequently named one of his children. When California failed to meet his expectations, Govan returned to Mississippi in 1852. The following year he married Mary Otey, the daughter of Bishop James Hervey Otey, Episcopal bishop of Tennessee. In 1854, the young couple settled on newly purchased land in Phillips County, Ark., near Marianna.

When the secession crisis developed, Govan rejected the arguments of his Unionist father-in-law and raised a company for Confederate service. Elected captain of Company F, Second Arkansas Regiment, he was rapidly promoted to colonel and then to brigadier general on 29 Dec. 1863. He served conspicuously at Shiloh, Murfreesboro, Chickamauga, and Missionary Ridge. In the Atlanta campaign he was captured at the Battle of Jonesboro but was exchanged in time to take part in Hood's ill-fated Tennessee invasion. General Patrick Cleburne, who had ranked Govan as one of the four best officers in the Confederacy, was killed at the Battle of Franklin within twenty feet of Govan. However, Govan survived to surrender with General Joseph E. Johnston in North Carolina on 26 Apr. 1865.

Returning to Arkansas, Govan managed his affairs at Marianna until 1894, when he accepted an appointment as an Indian agent in Washington. He served in that capacity for four years. Buried at Snowdown, he was survived by two daughters, Mrs. P. H. McKellar of Memphis, Tenn., and Mrs. J. J. Sample of Magnolia, Miss., and one son, B. M. Govan of Marianna, Ark. Four of his brothers fought for the Confederacy and a younger brother, George H. Govan, commanded the First Mississippi Infantry in the Spanish-American War.