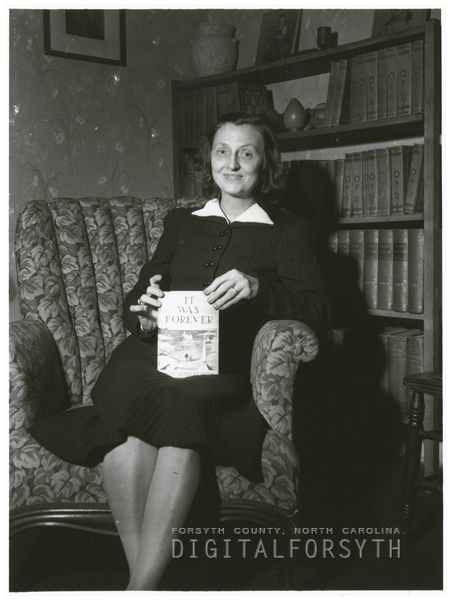 Daisy "Mabel" Hendley Gold, journalist and writer, was born in Iredell County, the daughter of Alvis Francis and Celeste Rimmer Norris Hendley. By her father's first marriage, she was a half sister of Charles, Myrtle and Alvis Eugene Hendley. Floyd F. Hendley was a full brother. Her ancestors were Scotch-Irish, French, and English. After attending local schools, she went to the North Carolina State Normal and Industrial College in Greensboro for three years but did not graduate. Her newspaper career began with the Statesville Landmark and continued with the Greenville (S.C.) Piedmont . In 1920, she became managing editor of the Wilson Daily Times . During World War I, she was invited to accept a post as foreign correspondent in Europe, but her parents dissuaded her from accepting it.

On 7 Feb. 1924, she married John Daniel Gold (1867–1954), a widower who was editor and publisher of the Wilson paper, and acquired three stepdaughters. Her own children were Celeste and John Daniel, Jr. After her marriage Mrs. Gold worked irregularly at the Times until 1947, taking particular pleasure in turning out feature stories on coastal and eastern North Carolina. Tides of Life (1932) was a book of lyric poems. At Morehead City, where she and her husband built a second home in 1935, she embarked on a novel of the North Carolina coast. It Was Forever (1940) tells the story of a young married woman from coastal North Carolina who is in love with a British sea captain. A Democrat and a Presbyterian, Mrs. Gold was always active in civic and church affairs. She was able to complete a second (unpublished) novel and was writing a history of Wilson County before her health failed. She died in a nursing home in Lillington and was buried in Wilson.

Daisy Mable Hendley Gold is my 1st Cousin 2X removed. Her father and my Great Grandfather were brothers. In the 1920's she bought the old family homeplace in Dysartsville, NC from my Great Grandfather — as he had gathered up all of the property pieces from his brothers, etc. to piece it back together — about 500 acres. I met her once on a trip with my Grandparents to visit family. I did not know her well. I wish I had taken the time when I was in Grad school at UNC — shortly before her death ('71-72). But if there is anyone who has more indepth information about her ancestors, mentioned as Scotts-Irish, French & English, I would love to see their notes or be in touch with them. One of my other cousins and I are doing in-depth genealogical research on the Henley/Hendley family, and ANY old information would be invaluable to us. My Great Grandmother was living with her family just prior to moving to Charleston, SC to care for my grandfather and his sisters when their mother died unexpectedly. Thanks!