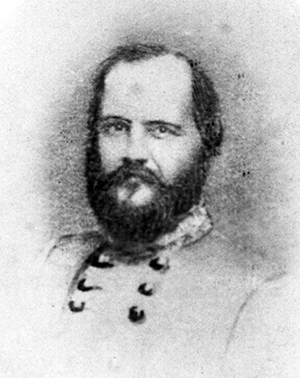 John Horace Forney, soldier, Confederate officer, civil engineer, and planter, was born in Lincoln County. His father was Jacob Forney and his grandfather was Peter Forney, who served in the partisan corps during the American Revolution and afterward in the North Carolina House of Commons (1794–96), state senate (1801–2), and Congress (1813–15). His mother was Sabina Swope Hoke, the daughter of Daniel Hoke, also of Lincoln County. Of his brothers, George Hoke became a lieutenant colonel in command of the First Confederate Battalion and was killed at the Battle of the Wilderness in May 1864; and William Henry rose to the rank of brigadier general in command of a brigade of Alabama troops in General Robert E. Lee's Army of Northern Virginia.

In 1835, the Forney family left North Carolina and settled in Calhoun, (then Benton) County, Ala. After completing his preparatory course, young Forney was appointed to the U.S. Military Academy at West Point in 1848 and was graduated in 1852 with the rank of brevet second lieutenant in the Seventh United States Infantry. Subsequently he served in garrison in Kentucky and on the frontier in the Indian Territory. In 1855, he was on the staff of General Charles F. Smith during an exploring expedition to Pembina, and in 1858 he commanded the pioneer corps on General Albert S. Johnston's expedition to Salt Lake. In 1860, while an instructor of tactics at West Point, he was commissioned first lieutenant of the Tenth United States Infantry; however, foreseeing the approaching sectional conflict between North and South, he resigned and offered his services to Governor Andrew B. Moore of Alabama on 23 Jan. 1861. Commissioned a colonel of artillery in the Alabama state troops, Forney commanded at Pensacola, Fla., until 16 March when he was promoted to captain in the regular Confederate Army and assigned to the staff of General Braxton Bragg.

Upon the formation of the Tenth Alabama Regiment in Montgomery in May 1861, Forney was elected its colonel and commissioned on 4 June. His brother, Captain William Henry Forney, commanded a company in the same regiment. The Tenth Alabama soon was sent to Virginia, where it became part of General Kirby Smith's brigade after the Battle of First Manassas. Colonel Forney commanded this brigade for three months. In the Battle of Dranesville on 20 Dec. 1861, Forney, again in command of the Tenth Alabama, led his men in battle for the first time. During a gallant charge in the fighting both he and his brother William Henry were seriously wounded. On 14 Mar. 1862, Forney was promoted to brigadier general, to rank from 10 March (confirmed 13 March), and on 27 Oct. 1862 he received the rank of major general, to rank from the same date (confirmed 22 Apr. 1863). The reason for such a rapid promotion has never been explained in the records. Afterwards General Forney was assigned to the Department of South Alabama and West Florida, with headquarters in Mobile.

During the campaign for Vicksburg in the summer of 1863, he led a division of Alabama, Louisiana, Mississippi, and Texas troops comprising two brigades under brigadier generals Louis Hebert and John C. Moore. This division took part in the siege of the city and became part of Lieutenant General John C. Pemberton's army. Forney's men held the center of Pemberton's line of defensive trenches and earthworks and successfully repulsed Union forces in the attacks on 19 and 22 May 1863. After the fall of Vicksburg, Forney was paroled and during July 1863 commanded a parole camp at Enterprise, Miss. For a time he appears to have been a supernumerary officer without a command, but from July 1864 until the end of the war he commanded a division of troops in the District of Texas under General John B. Magruder in the Department of the Trans-Mississippi. He was paroled in Galveston, Tex., on 20 June 1865.

After the war Forney returned to Alabama and engaged in farming and planting in Calhoun and Marengo counties. He also took up civil engineering. He died and was buried at Jacksonville, Ala. Forney married Septima Sexta Middleton Rutledge, a daughter of Colonel Henry A. Rutledge of Talladega, Ala., and a granddaughter of Edward Rutledge of the celebrated South Carolina family of that name.