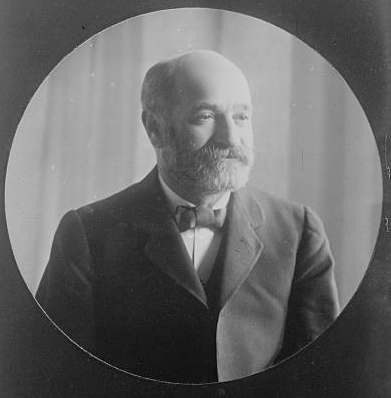 Joseph Fels, soap manufacturer and reformer, was born in Halifax County, Va., the second son and fourth of seven children and the first American-born child of Lazarus and Susanna Frieberg Fels, German-Jewish immigrants who came to the United States in 1848. Following in the path of other German immigrants from Palatinate who had settled in Virginia and North Carolina, the Fels family made their home in Halifax.

In 1855, shortly after Joseph's birth, the family moved to Yanceyville, N.C., where Lazarus Fels established the leading general store and ensured his family's well-being through thoughtful investments in real estate and speculation in agricultural produce. Evidently determined to make Yanceyville his home, he became an American citizen in 1855. Six years later he was appointed postmaster of Yanceyville in the Confederate States of America. Little is known of the early life of Joseph Fels, who grew up in this community; family traditions tell only of his dislike of formal schooling. When his father, ruined by the Civil War, decided to move his family to Baltimore, Joseph Fels's contact with the South ended.

In Baltimore Lazarus Fels sought a livelihood through the manufacture and selling of soap. He apparently had begun making soap while still in Yanceyville. Though soapmaking was later the basis of the family fortune, the early years were difficult. In 1870, when the family soap-making business failed, Joseph Fels became a commission salesman for a coffee company and began to play an active role in the family's business affairs. In 1876 he established Fels and Company of Philadelphia, which, under his direction, grew and prospered. Still, until 1893 Fels and Company was only one of many small soap companies competing for a share of the market. That year Joseph bought part interest in an experimental laundry soap using a naphtha solvent. Only a year later he bought out his partner; Fels-Naphtha soon dominated the American market and eventually achieved worldwide sales. After 1893 Fels began to turn his attention to other interests.

In addition to business success, Fels searched for a philosophy that would give his life purpose and meaning. He was particularly interested in the economic, social, and political problems that accompanied industrialization. The Ethical Culture movement, with its emphasis on "deed not creed" and its concern with social problems, appealed to Fels's humanitarian instincts. In 1889 he joined the Philadelphia chapter. There he met Horace Traubel, the leader of a coterie that surrounded Walt Whitman in his final days. Their vision of Whitman as the prophet of a future social justice and universal brotherhood made a lasting impression on Fels. Traubel also introduced Fels to Henry George's Progress and Poverty (1879). George held that the rise in land values was attributable to changing social conditions and to community endeavor, not to any effort of the landowner. Therefore he proposed a single tax on this unearned income. The single tax, he argued, would end poverty, provide enough revenue to abolish all other taxes, and ensure a future of equality, justice, and brotherhood. George's vision of the future gave his program a religious dimension. Thus, for Fels and other supporters of the single tax, it was not only a reform proposal but also the basis of their faith in the possibility of a better world. 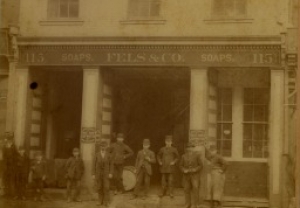 The depression of 1893 occurred at the same time as Fels-Naphtha's financial triumph. For Fels, this conjunction may have made George's concern with the paradox of poverty accompanying progress distressingly concrete. As a result, Fels helped finance the movement to put Philadelphia's unemployed to work cultivating vacant lots. This project appealed to Fels's desire not only to help the poor, but also to eliminate the causes of poverty. He always claimed that he was a reformer not a philanthropist, and that his purpose was to promote change, not offer charity. In an effort to test Henry George's single tax doctrine, Fels supported the experimental single tax colony at Fairhope, Ala.

In 1901, when he went to England to establish a distributing branch of his business, Fels made friends with English humanitarians and reformers. In England, as in Philadelphia, he supported efforts to give the unemployed land to work. It seemed to him that the limited success of these ventures corroborated George's ideas, and he increasingly devoted his energies and fortune to campaigning for the single tax. Thus, much to the chagrin of some Englishmen, Fels, an American, influenced English politics in that he could claim some credit for the inclusion of the land tax feature in the British budget of 1909.

Supporting worldwide efforts to promote George's ideas, Fels traveled in Europe and throughout the United States and Canada to speak on behalf of the single tax. Through the Joseph Fels Fund, he also contributed large sums from his personal fortune to the cause. As one part of its effort to enact single tax legislation in the United States, the fund supported progressive campaigns to promote the direct initiative and the referendum.

The single tax was not the only reform issue that interested Fels. Penal and educational reform, the woman suffrage movement, and Zionism all received his backing. Nevertheless, the single tax was central to his view of current problems and the possibility of progress. Therefore, he was determined that any Zionist state be based on single tax principles.

Fels's reformist sympathies and his hostility to Czarist Russia with its landed aristocracy and virulent anti-Semitism, involved him in a key episode in pre-Revolutionary Russian politics. When the Russian Social Democratic Labor party desperately needed funds at its fifth congress in London in 1907, Fels lent it money. At the time this was only a minor incident in Fels's affairs; in light of the Russian Revolution of 1917, however, his involvement in the 1907 congress seems to be one of the most significant events in his career.

Only in the last decade of his life did Fels become a prominent public figure. Although during this period his forceful speeches, messianic fervor, and personal fortune made him a formidable advocate of the single tax, the movement virtually disappeared after his death. In time Fels's accomplishments would seem problematical. Louis F. Post, another single-tax advocate, thought that "as long as the world remembers the names of Henry George and Tom L. Johnson, it will link them with Joseph Fels." Thus Fels's claim to lasting fame is linked to the assessments later generations would make of the accomplishments and dreams of his generation of reformers.

On the eve of a planned lecture trip through the South, Fels was stricken with pneumonia and died. He was buried in Mount Sinai Cemetery, Philadelphia. His wife, Mary, who shared his views, subsequently wrote sympathetic accounts of his life and work.

William S. Powell, When the Past Refused to Die, A History of Caswell County (1977).