Tamsen Eustis Donner, western immigrant, was born in Newburyport, Mass., the daughter of William and Tamsen Eustis, respected and well-to-do members of that community. Young Tamsen was encouraged to pursue an education and finished her studies at the age of fifteen. In 1826 she accepted a position at the Elizabeth City (N.C.) Academy where she presided over the Female Department. Her marriage to her first husband, Tully B. Dozier, was announced on 31 Dec. 1829. They had two children who died of fever in infancy; Dozier died of the same cause in 1831. She then returned to Newburyport. 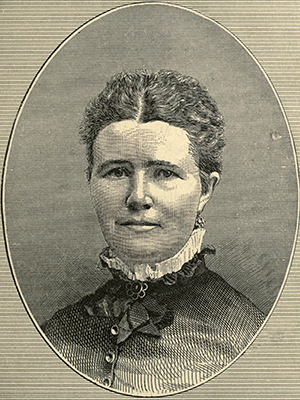 In 1836 she journeyed to the home of her brother in Illinois to teach his motherless children, remaining with his family for one winter before obtaining a teaching position in a school in Auburn, Ill. The following year she moved to the school at Sugar Creek where she met George Donner, whose home was near Springfield. Donner, a native of Rowan County, N.C., was a wealthy and respected man, twice widowed with young children still in the home. They were married on 24 May 1839, and in the following years Tamsen Donner bore three daughters, Frances (4 July 1840), Georgia (3 Dec. 1841), and Eliza (8 Mar. 1843).

Tamsen Donner was an intelligent woman, proficient in mathematics, geometry, and philosophy; she was fluent in French, an avid botanist, a competent painter, and a writer of prose and poetry. She is described as a small woman, five feet in height with a usual weight of ninety-six pounds, richly but quietly dressed, gracious, and charming. She and her husband were members of the German Prairie Christian Church near Springfield. 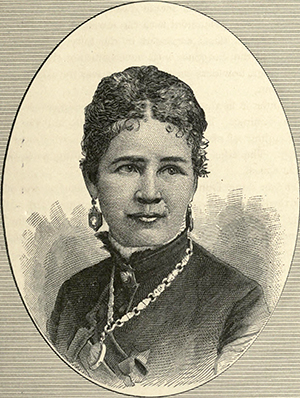 It is somewhat surprising that the Donner family chose to leave their wealth in Sangamon County, Ill., to undertake a hazardous journey by wagon to California in 1846. George was sixty-two years old; Tamsen was forty-four with three small children and two stepdaughters. In early May George, his brother, Jacob, and their families left Independence, Mo., with a sizable train and traveled west during the summer with little difficulty. Nearing the end of their journey, they were beset by bad judgment and weather and were snowed in near what is now called the Donner Pass. Nearly half of the travelers died from exposure and starvation during the winter of 1846–47. Those who survived resorted to cannibalism.

Although small in stature, Mrs. Donner remained in good health and able to care for her family. Her daughters were rescued by search parties, but she refused to leave her husband who was dying from an infected wound. She was last seen by members of the third rescue party. The fourth and last group found only one person alive in the camps. There was no trace of Tamsen Donner's body. She is presumed to have died between 26 March and 17 April 1847, approximately one year after leaving her home in Illinois.