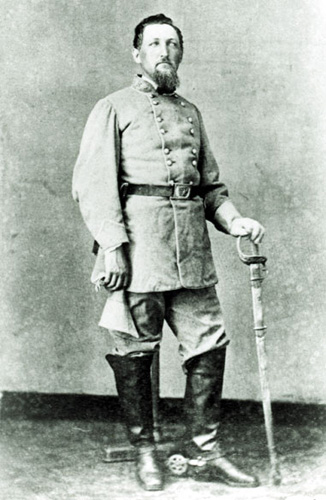 Thomas Pleasant Dockery, planter, civil engineer, and Confederate officer, was born probably in Montgomery County, the son of Colonel John Dockery and Ann Mask, presumably the daughter of Pleasant M. Mask. The family soon moved to Tennessee and then to Arkansas, where the elder Dockery established a plantation in Columbus County and was instrumental in the construction of the first railroad in the state. At the outbreak of the Civil War in 1861 the twenty-seven-year-old Dockery was appointed colonel of the Fifth Regiment of Arkansas state troops and with this regiment became a part of Brigadier General N. B. Pearce's brigade of Arkansas forces assembled by Brigadier General Benjamin McCulloch in the summer of that year. On 10 Aug. 1861 these troops participated in the Battle of Wilson's Creek, Mo., where Dockery's regiment played a conspicuous role. Dockery later became colonel of the Nineteenth Arkansas Regiment, which formed part of the brigade of Brigadier General William Cabell Maury's division when Major General Sterling Price's Confederate army moved east of the Mississippi River in May 1862. His regiment was present at the Battle of Iuka, Miss., on 19 Sept. 1862 but was not engaged. On 3 and 4 Oct. 1862 Dockery and his regiment took part in the bloody fighting at Corinth, Miss. Recrossing the Mississippi with Price's army, he was assigned to command a subdistrict of middle Arkansas.

In the spring of 1863, Dockery and his regiment took part in the Vicksburg Campaign as a part of Brigadier General Martin Green's brigade. On 1 May 1863 Dockery's regiment was fiercely engaged in the Battle of Port Gibson. Fifteen days later, in the Battle of Champion Hill, his regiment took part in the brilliant counterattack by Bowen's division that nearly succeeded in routing the right flank of Grant's attacking Union Army. Eventually overcome by superior numbers, however, Dockery's men, with the rest of the 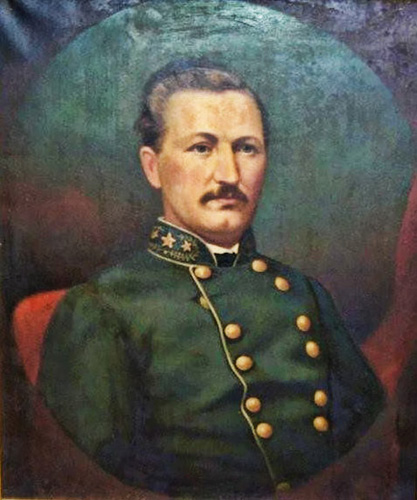 Confederate Army, retired into the earthwork defenses of Vicksburg and participated in the siege of that city. During the fighting Dockery's brigade commander, General Green, was killed by an enemy sharpshooter. As senior colonel Dockery succeeded to the command of the brigade, which he led through the remainder of the siege. With the rest of Bowen's division, this brigade occupied a reserve position behind the left center of the Confederate defense line. When the city capitulated on 4 July 1863, Dockery was captured and paroled.

Dockery's fine record and leadership abilities were cause for his promotion to the rank of brigadier general on 10 Aug. 1863. Serving again under Price in Arkansas, General Dockery commanded a brigade of Arkansas cavalry consisting of the Eighteenth, Nineteenth, and Twentieth Arkansas regiments and an additional battalion in the Red River Campaign. At this time he was attached to the division of Brigadier General J. F. Fagan. Thus he took part in the efforts to delay the advance of Steele's Union forces and participated in the battles of Mark's Mills and Jenkins' Ferry in late April 1864. In the fall of that year he accompanied Price's army on its ill-fated raid into Missouri. At the close of the war Dockery was paroled in Arkansas in June 1865. Afterward, his property having been taken from him, he took up the profession of civil engineering and lived for some years in Houston, Tex. He died alone in a rooming house in New York City and his body was transported to the residence of his two daughters in Natchez, Miss., for burial.