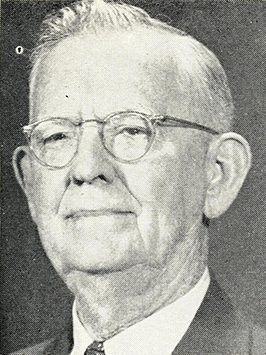 Arminius Gray Dixon, minister and official in the North Carolina Annual Conference of the Methodist Protestant Church, was born in Rockingham County, the son of John F. and Elizabeth Harrison Dixon. He was educated in the local county school, was graduated from Oak Ridge Academy in 1895 and Western Maryland College in 1899, and received the doctor of divinity degree from Adrian College, Michigan, in 1919.

In 1901 he joined the North Carolina Annual Conference of the Methodist Protestant Church and began his pastoral ministry in Rocky Mount. Afterward, he served appointments in Henderson, Orange Circuit, High Point, Liberty, and Siler City. He was chosen in 1908 to be the first field secretary for the young people's work in the North Carolina Annual Conference. As national secretary of the Board of Young People's Work of his denomination from 1917 to 1922, he worked with Sunday school and Christian Endeavor leaders in thirty-three states. He served as president of the North Carolina Annual Conference of the Methodist Protestant Church from 1922 to 1927. In 1928 he was appointed superintendent of the Methodist Protestant Children's Home in High Point, where he remained until his retirement in 1941. He served as an official delegate from the North Carolina conference to six general conferences of the church. He also took an active role in the establishment of High Point College and in helping to bring about the union of the three major Methodist denominations in 1939.

Dixon conducted many revivals throughout the North Carolina conference area and is credited with influencing many men to enter the ministry. For some forty years "he was a dedicated supporter of the total program of the church and the kingdom . . . he not only supported the program, but ofttimes initiated it and led in it, and to him, the church and the kingdom were synonymous." He once wrote: "There is no position in the church of our Christ that is more important than the pastorate"; yet his own diverse talents as administrator qualified him to hold positions of leadership outside the pastorate for three-fifths of his active years of service.

In October 1902 Dixon married his college classmate, Mary Etta Watts of Baltimore, Md. In July 1904, shortly after the birth of a daughter, Mary Vista, Mary Etta Dixon died of typhoid fever in Henderson. In 1908 he married Margaret Minerva Kuhns (1867–1950), who had served as a missionary to Japan for about five years. Mrs. Dixon in 1908 became the first president of the Woman's Home Missionary Society of the North Carolina Annual Conference of the Methodist Protestant Church and led in the organization of women's societies across the state. In 1909 she was chosen to serve as the national president of the Woman's Home Missionary Society, a position she held for many years.

The Methodist Protestant Children's Home in High Point, to which Dixon was appointed superintendent in 1928, was a project of the state branch of the Woman's Home Missionary Society. The Dixons stressed the need for education beyond high school and were personally responsible for helping more than sixty young people obtain professional and college training. On many occasions, the couple took young ministers into their home until they could get started in college or in a pastorate.

Dixon died in Baltimore and was buried in the mausoleum at Guilford Memorial Park, High Point.

Mrs. Cuthbert W. Bates and Mrs. A. A. Clodfelter to Ralph Hardee Rives, letters (in possession of the author).

Ruth C. Coble and Mildred L. Clodfelter, This is Your Life—Arminius Gray Dixon (1960).