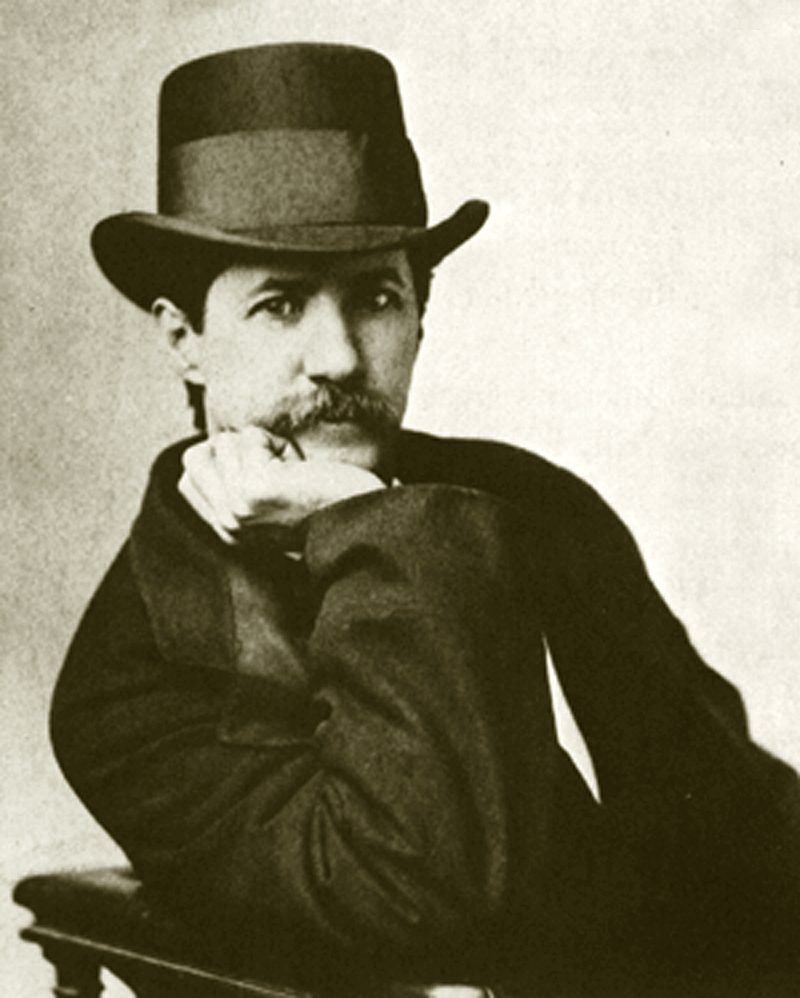 John Augustin Daly, playwright and for three decades one of America's foremost theatrical producers and managers, was born in Plymouth, N.C. His father, Captain Denis Daly, in the shipping and lumber business, was born in Ireland and later sought his fortune trading along the American coast and in the West Indies. It was there he met Elizabeth Duffey, daughter of Englishman Lieutenant John Duffey. After a voyage north, they were married in New York in 1834 and eventually came to North Carolina from Norfolk, Va., in 1838. Their oldest child, Catherine, died young. After the captain died in 1841 in Ocracoke from a fever contracted at sea, the widow moved with sons Augustin and Joseph Francis (1840–1916) to Norfolk and then in 1849 to New York. There, with little formal education, Joseph rose from office boy to managing clerk and to successor in an outstanding law firm, served as justice on various benches, including the New York Supreme Court, then returned to law and literature as his brother's very active collaborator and biographer.

Augustin, too, had brief formal schooling; he entered the mercantile business as a clerk, went to night school, and chased the star glimpsed early when as a child he went to the Avon Theater and produced plays in a wood house in Norfolk. He joined New York amateur dramatic societies, such as the Murdock, Burton, and John R. Scott associations, but from the beginning it was clear that he had no interest in, nor aptitude for, acting. He was manager-director born, which the rapidity of his rise and the respect of his peers proved.

Between 1854 and 1858, Daly wrote at least four plays. In 1856 he began his career as manager by hiring a hall and offering without financial backing a variety of productions, and in 1859 he became the drama critic for the New York Sunday Courier. At one point during the eight years he held the latter post, he was also drama critic for four other newspapers—the Express, Sun, Times, and Weekly Citizen. He gradually resigned these jobs as he became more involved in the theater itself. His first great success was Leah, the Forsaken, an adaptation of a German play, first performed in Boston in December 1862 (and in New York in January 1863), with Kate Bateman as the Jewess. From that moment until his death, the art of theater was his passion. 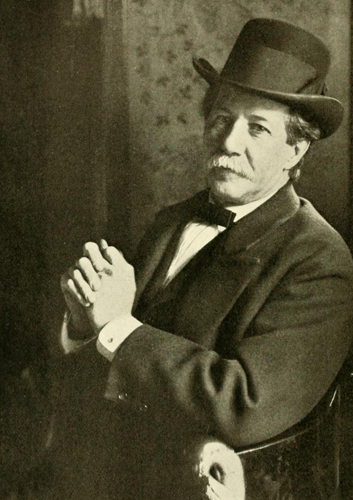 Although the late nineteenth-century theater is often dismissed as melodramatic and imported fare, Arthur Hobson Quinn says that "Modern American drama begins with Augustin Daly." It is not simply that he wrote or adapted more than ninety plays for the stage which earns that accolade. He managed theaters—at one point three concurrently. On 17 Sept. 1879 the splendid Daly's Theater at Broadway and Thirtieth opened and for twenty years housed Daly's company, called by one contemporary "Maison de Molière." Daly gathered into a true stock company some of the finest actors and actresses of the day, among them Fanny Davenport, Sara Jewett, John Drew, James Lewis, Otis Skinner, Edwin Booth, Mrs. Gilbert, and especially Ada Rehan. Many he introduced to the American stage, and he provided training and opportunities for countless careers. He elevated the tone of the theater by exacting strict standards of artistic excellence and of discipline on and off stage.

Daly encouraged American playwrights by producing their plays and calling in print and correspondence for even better plays; of Bronson Howard's first four plays, Daly produced three—Saratoga (1870), Diamonds (1872), and Moorcraft (1874). He also encouraged contemporary literary figures such as Bret Harte, Mark Twain, Howells, and James to write plays for production. Daly's own plays broke new ground. Among the best or most influential were Under the Gaslight (1867), a "realistic" melodrama that provided the imitated last-minute rescue from the railroad track; Horizon (1871), an innovative western drama; and Divorce (1871) and Pique (1875), domestic dramas of manners. Adaptations were his forte, especially from French and German plays, from fiction, and even from poetry. Popular among theatergoers were Frou-Frou (1870) and The Lottery of Love (1888) from French; Needles and Pins (1880), The Passing Regiment (1881), and Seven-Twenty-Eight (1883) from German; Griffith Gaunt (1866), Pickwick Papers (1868), and Man and Wife (1870) from fiction; and Daly's version of The Foresters (1891) by Tennyson, who requested that Ada Rehan play Maid Marian. Particularly fine were Daly's productions of Shakespeare and English comedy, as well as classical and modern English plays.

Daly was the first to take an American company on successful tours to England, Germany, and France, or to establish a theater abroad—Daly's Theatre, which opened in Leicester Square on 12 Mar. 1893, with a cast of sixty-one and Ada Rehan as Katharina in The Taming of the Shrew and to an ode of welcome written by Daly's English counterpart, Sir Henry Irving.

On 9 Jan. 1869 Daly married Mary Duff, daughter of theater proprietor John A. Duff. They lived most of their lives at 214 West Twenty-fifth Street where their two sons, Leonard and Francis Augustin (Austin), were born in 1870 and 1873; both children died of diphtheria on 5 Jan. 1885. Apparently weakened by pneumonia on the voyage from America to England during a business trip, Daly died at the Hotel Continental in Paris with his wife and Ada Rehan at his side. Daly was a Roman Catholic and member of the Catholic Club. His funeral was at St. Patrick's Cathedral on 19 June 1899, and he was buried in the Daly Vault, Calvary Cemetery, New York.

Daly's nondramatic writing includes "The American Dramatist," North American Review (May 1886); "American Playwrights on the American Drama," Harper's Weekly, 2 Feb. 1889; and Woofington, a Tribute to the Actress and the Woman (1888, 2nd ed. 1890).

E. A. Dithmar, Memories of Daly's Theaters (1896), Memories of One Theater with Passing Recollections of Many Others (1891).

Arthur Hobson Quinn, A History of the American Drama (1964).

Ernest Short and Arthur Compton-Rickett, Ring Up the Curtain (1938).