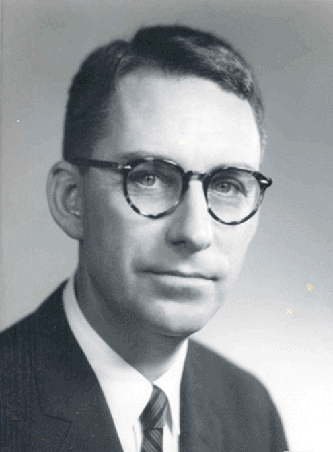 Oscar Creech, Jr., surgeon, researcher, teacher, administrator, was born in Nashville, N.C., the son of Oscar Creech, Sr., Baptist minister, and Martha Gulley Creech. He finished high school in Ahoskie in 1933, received his bachelor's degree from Wake Forest College in 1937, and obtained an M.D. from Jefferson Medical College in 1941. He served his internship at Charity Hospital in New Orleans. Military service, however, interrupted his graduate training there.

From 1942 to 1946, Creech served in the Army Medical Corps, and was discharged from the army with the rank of major. On his way home to North Carolina, where he planned to enter general practice, he stopped in New Orleans where during a chance encounter with a friend, he learned of the availability of a surgical residency at Tulane University. He applied for the position, was accepted, and began his serious pursuit of surgery.

When Dr. Michael DeBakey, one of his mentors at Charity, accepted the chair of surgery at Baylor Medical College in Houston in 1949, Creech joined the department there as a full-time faculty member. While at Baylor, he worked with Dr. DeBakey in the development of synthetic blood vessel grafts.

In 1956, Creech returned to New Orleans to accept the William Henderson Professorship of Surgery and to chair the Department of Surgery at Tulane Medical School. Dr. Alton Ochsner, Creech's former chief and outgoing chairman of the department, said, "I took it as one of the greatest compliments ever paid to me when he came back to succeed me."

The new Tulane department head was a pioneer in organ transplants and blood vessel grafts. His interests, however, ranged across a broad spectrum. He helped devise a new method of cancer chemotherapy (regional perfusion), a technique by which the diseased part of the body is isolated from the general circulation and a heart-lung machine pumps concentrations of antitumor drugs into the affected area. The Tulane transplant team under Dr. Creech's supervision made the first successful implantations of animal kidneys into humans. This team, illustrating Creech's interdisciplinary approach to medical treatment, included a urologist, a pediatrician, an immunologist, and an internist as well as surgeon.

Creech possessed an unusual interest in language. He was so concerned about the careless use of language in medicine that he became the first to appoint to his faculty a professor of scientific communications. This professor was enjoined to teach students, residents, and faculty how to present scientific material clearly and gracefully.

When Creech became dean of the medical school at Tulane on 1 July 1967, he realized that it was possibly the final step in his medical career. Both he and the university administration knew that he suffered from a disease—reticulum cell sarcoma—which could abruptly end his life as indeed it did six months later.

Creech's final contribution to medicine centered upon his efforts to shape medical education for the future. He looked ahead to 1990, forecasting that the traditional private practice of medicine would cease. He believed that physicians would eventually become full-time employees of community medical centers or of the federal government and that clinical associates—college graduates with one year of apprenticeship in a specialty—would assume most of the functions heretofore performed by practicing physicians. Under those circumstances, doctors would become system specialists. Thus, in an effort to help assure that the medical profession would dictate the broad terms of health care in the future, Creech worked in the field of medical education for the last six months of his life.

He pushed forward his proposals as chairman of the school's planning committee for an expanded medical complex with a university hospital at Tulane that would provide superior medical care, education, and research. According to President Herbert E. Longenecker of Tulane, "Dr. Creech accomplished more in his six months as dean before his untimely death than would have been considered possible. He has left his associates a legacy in the challenge to accomplish their mutual goals."

During Creech's years at Tulane, his weekly surgical amphitheater clinic was immensely popular. Many young physicians interested in surgical careers were attracted to that institution because of the opportunity to work under his personal tutelage. His former residents, as a token of their appreciation and respect, organized the Oscar Creech Surgical Society.

Among honors received by Oscar Creech during his medical career are two American Medical Association Hektoen gold medals for scientific exhibits, American Heart Association Citation for contributions to research, Modern Medicine Award for Distinguished Achievement, and an honorary Doctor of Science degree from Wake Forest College. In addition to membership in numerous medical and scientific organizations, including the International Society of Surgery, he served as president of the American Surgical Association and of the North American chapter of the International Cardiovascular Society, and vice-president of the Society of Clinical Surgery. He also served on numerous educational and research committees of national organizations, including the American Board of Surgery, and was a member of the Training Committee of the National Heart Institute at the time of his death. He contributed more than 125 articles to scientific and medical publications and was associate editor of Archives of Surgery.

Creech was married to the former Dorothy Browne and they had four children: Oscar, III, Diana, Archie, and Martha. He was buried in the Ahoskie Cemetery.