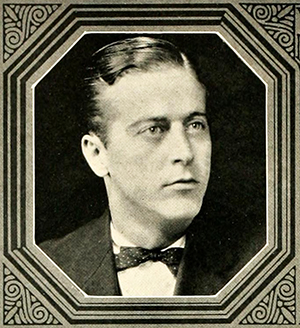 Theron Lamar Caudle, lawyer and assistant attorney general of the United States, was born in Wadesboro, the son of Theron Lamar Caudle, also a lawyer, and Susie Gooch Caudle. He attended Wake Forest College, where he was president of the student body and in 1926 received the LL.B. degree. Following graduation and admission to the North Carolina bar, he began the practice of law with his father's firm in Wadesboro.

From 1931 until 1939, Caudle served as prosecuting attorney for Anson County. In 1940, President Franklin D. Roosevelt appointed him U.S. attorney for the Western District of North Carolina. An editorial in the Charlotte Observer (6 Apr. 1969) declared that Caudle "raised the district's rating from about the lowest point to the highest in the entire federal court system in five years' time." As a result of this record, President Harry S. Truman in 1945 appointed him assistant attorney general in charge of the Criminal Division of the Department of Justice. In this position he was responsible for directing all criminal prosecution in the federal courts. Two years later he became assistant attorney general at the head of the Tax Division of the Department of Justice.

In 1951 a subcommittee of the House Ways and Means Committee began to look into the administration of the internal revenue laws, calling upon Caudle and others to testify. On 16 Nov. 1951, amidst widely publicized charges and countercharges involving automobiles, airplanes, fur coats, missing ballots, foreign travel, and tax evasion, Truman asked for Caudle's resignation. Between 19 Oct. 1951, when Truman had written Caudle a letter of appreciation, and 16 Nov., the president, according to Newsweek (26 Nov. 1951), became "worried about the effects of scandal on the voters next year and [determined] on a house cleaning which will sweep out all government officials whose outside activities—even though legal—might be open to criticism." Caudle resumed his law practice in Wadesboro, leaving frequently, however, to testify before investigative bodies in Washington and elsewhere.

In December 1955, nearly three years after the beginning of the Eisenhower administration, Matthew J. Connelly (Truman's appointment secretary), Caudle, and Kansas City lawyer Harry I. Schwimmer were indicted for conspiracy to defraud the federal government of income tax money. They were "accused of having worked together to violate bribery statutes, the Internal Revenue laws, and to obstruct the work of grand juries by giving evasive and fictitious testimony" (Newsweek, 12 Dec. 1955). During the trial, Schwimmer suffered a heart attack and was dropped as a defendant. At the end of a six months' trial, Caudle and Connelly were convicted of accepting oil royalties in exchange for interceding on behalf of Irving Sachs, a St. Louis shoe manufacturer charged in a 1947 case with attempting to evade $128,721 in taxes.

After the conviction but before the sentencing, the presiding judge was found fatally shot, an apparent suicide. His successor sentenced each defendant to two years in prison plus a $2,500 fine. Drew Pearson, among others, declared that the trial judge had been unstable and that there ought to be a new trial. On 20 June 1958, the Eighth Circuit Court of Appeals granted a stay of sentence pending a motion for a new trial. The case ultimately reached the Supreme Court of the United States, which declined to grant a new trial. Two additional appeals to the Supreme Court were likewise denied. In May 1960, Caudle entered the Federal Correctional Institution at Tallahassee, Fla. Five months later, after winning a "meritorious service" award from the prison, he was paroled. President John F. Kennedy pardoned Connelly in November 1962 but did not pardon Caudle. In August 1965, President Lyndon B. Johnson granted Caudle full pardon, restoring his rights to practice in federal courts and to vote in all elections. This pardon also enabled Caudle to attempt a political comeback. He entered the May 1966 Democratic primary in the Eighth Congressional District, losing to John G. Plumides by a vote of 26,766 to 17,321.

Published opinions of Caudle's role in the Truman presidency ranged from a comment on his career as an "accurate reflection of decay within the department" to a description of his "ordeal as the Dreyfus Case of the Eisenhower Administration." An editorial in the Charlotte Observer (6 Apr. 1969) concluded: "Our own view through the years was that Caudle on occasion acted indiscreetly, unwisely and naively in the high . . . political circles . . . to which he ascended. . . . But Lamar Caudle never gave the impression of being a venal or scheming man."

Caudle received LL.D. degrees from Duquesne University (1949) and Catawba College (1951). He was a member of the American and North Carolina bar associations and was president of the Federal Bar Association in 1946–47. He belonged to the Kappa Alpha Fraternity and the Omicron Delta Kappa society. In 1951 the government of Italy awarded him the Star of Solidarity. He was a Baptist and a Democrat. Caudle was married twice: in 1928 to Fairfid Monsalvatge, who died in 1961; and in 1963 to Mrs. Ellen Hildreth Koogler, who survived him. To Caudle and his first wife were born four children, all of whom survived him: Theron Lamar III of Dallas, Tex.; Rose Antoinette (Mrs. Brevard Kendall, Jr.) of Florence, S.C.; Thomas Alfred of Atlanta, Ga.; and Fairfid Monsalvatge of New York, N.Y. Caudle died at his home in Wadesboro of a heart attack and was buried there in East View Cemetery. There is a portrait in the possession of Mrs. Kendall.