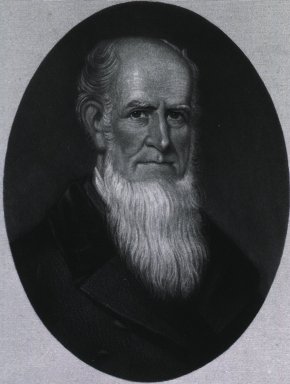 Charles Caldwell, physician and medical educator, was born in Caswell County, the son of Irish immigrants. His father, Lieutenant Charles Caldwell, a devout Presbyterian elder, wanted his son to become a minister and opposed his desire to enter the legal profession. After some elementary education in local schools and study under a private tutor, Caldwell began teaching at the age of fifteen in a grammar school, Snow Creek Seminary. At eighteen he established a similar school near Salisbury, remaining there for two years. In late 1791 or early 1792 he began a preceptorship in medicine, probably under Dr. Charles Harris, who at that time was practicing and teaching medicine in Cabarrus County. In the fall of 1792, Caldwell started the formal study of medicine at the University of Pennsylvania; there he had a number of notable teachers, his favorite among them being Benjamin Rush. In 1793, during an epidemic of yellow fever, Caldwell volunteered his services at Bush Hill, one of the hopsitals, or "pest houses."

After receiving his medical degree in 1796, Caldwell practiced in Philadelphia. Failing to attain his ambition of becoming a professor in the medical department of the University of Pennsylvania, he went in 1819 to Lexington, Ky. There he was professor of the Institutes of Medicine and Clinical Practice and helped to develop a famous medical library. In 1837 he moved to Louisville, becoming the first professor at the Louisville Medical Institute, now the University of Louisville School of Medicine. In 1849, against his will, Caldwell was retired because of his age. He spent much of his remaining time in writing his autobiography, of which William Osler said "Pickled, as it is, in vinegar, the work is sure to survive."

Caldwell was married twice. In 1799 he married Eliza Leaming of Philadelphia; their son, Thomas Leaming, was also a physician, and they may have had a daughter as well: the Caldwell lot in Louisville's Cave Hill Cemetery has a marker to Mary Caldwell Hunter, 1808–80, but Dr. Emmett Horine suggests there was no proof of their relationship. However, according to a notice published in The Courier-Journal (Louisville, Kentucky) on January 17, 1885, Mrs. Mary C. Hunter petitioned the Chancery Court to appoint her trustee under the will of her former husband, Dr. Charles Caldwell. This suggests they were married. Caldwell's first marriage was unhappy; the couple separated, and Mrs. Caldwell died in Philadelphia in 1834. On 8 Mar. 1842, Caldwell married Mrs. Mary Warner Barton.

Caldwell was a man of unusual intelligence, an impressive orator, and apparently a most successful teacher. He was for years associated with the periodical Port Folio, becoming its editor in 1814. He translated several medical works and wrote many articles on medical and other subjects. However, his obvious egotism and his caustic criticisms of those with whom he disagreed marred much of his work. In spite of his belief in conservative classical medicine and his occasionally original ideas on medical and social subjects, he was an ardent advocate of both phrenology and mesmerism.

E. F. Horine, Biographical Sketch and Guide to the Writings of Charles Caldwell (1960).

Biographical sketch and guide to the writings of Charles Caldwell, M. D., 1772-1853 : with sections of phrenology and on hypnotism, by Emmet Field Horine, Brooks, Ky. : High Acres Press, 1960, WorldCat.