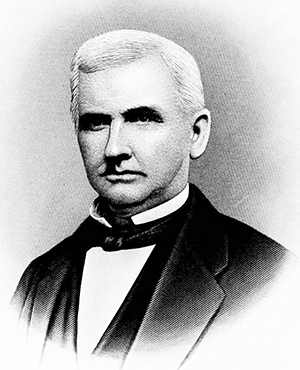 George Dillard Boyd, legislator, merchant, and plantation and mill owner, was born in Rockingham County. He was a son of Andrew Boyd, by whose will he inherited part interest in a gristmill and farm on Piney Creek, near Speedwell Presbyterian Church, in 1815. Boyd continued buying adjoining land until he owned a plantation of 838 acres. He had opened a store by 1837. In 1860 he owned twenty slaves and had in operation a mill that produced both flour and corn meal and was also equipped to card wool. A steam-powered sawmill was operated adjacent to the gristmill.

As early as 1828, Boyd was appointed constable in his district. In later life he served many years as a justice of the peace. He was first elected a member of the House of Commons in the legislature of 1840. In the legislature of 1842 he served as a state senator and was appointed to the Committee on Education and the Literary Fund. He continued to represent his district in the state senate during the sessions of 1844, 1846, and 1852. As an ardent Democrat, he ran for Congress against R. C. Puryear in 1853, but he was defeated by about three hundred votes because of an overwhelming Whig majority in the district. Returning to the state senate in 1854, he was appointed to the Propositions and Grievances Committee. He continued to serve as a state senator during the sessions of 1856 and 1858.

On 19 July 1827, Boyd married Minerva Hill, daughter of Samuel Hill of Rockingham County. Five sons were born to this marriage, the eldest dying in infancy. The second son, John Hill, entered the Confederate Army as captain of Company L, Twenty-first North Carolina Regiment, and died in Richmond, Va., 28 Aug. 1861, from exposure and disease. The third son, Samuel Hill, entered service as captain of Company E, Forty-fifth North Carolina Regiment, was later promoted to colonel, and was killed at Spottsylvania Court House on 19 May 1864. The fourth son, George Fulton, first enlisted in a Mississippi regiment but later transferred to the Forty-fifth North Carolina Regiment, became lieutenant of Company A, and was killed at Gettysburg 1 July 1863. The fifth son, Colonel Andrew Jackson Boyd (24 Feb. 1836–18 Aug. 1893), became a lawyer and businessman of Reidsville.

When Boyd died in 1886, he was buried beside his three sons in the Methodist church cemetery in Wentworth. His second wife died 11 July 1903 and was buried in Reidsville.

Rockingham County Will Books A and B (North Carolina State Archives, Raleigh).