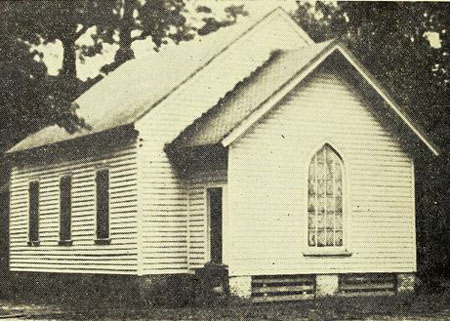 William Bellamy, pioneer Methodist minister of Edgecombe and Nash counties, was a leader in the founding of the Methodist Protestant church in Eastern Carolina. He was the son of William Bellamy, a man of considerable wealth in Edgecombe County, and his wife, Mary Clinch.

Bellamy was admitted into the Virginia Conference of the Methodist Episcopal Church in 1791 and was appointed to serve the Bladen Circuit in North Carolina. As "a rising young man of more than ordinary ability," he also served the Guilford, Contentney, Hanover (Va.), Roanoke, and Tar River circuits during the 1790s. He was made a deacon in 1793 and an elder in 1795. As president protem of the Roanoke District Conference of local ministers, Bellamy sent an "Address to the Bishops and Virginia Annual Conference of the Methodist Episcopal Church" on 7 Dec. 1821, in which he expressed opposition to the stand taken by the general conference in 1820 enacting special rule for the governing of local preachers without their consent.

On 6 Nov. 1824, Bellamy joined the Roanoke Union Society as a protest against the authority assumed by the leaders of the Methodist Episcopal church; he was at that time appointed to serve on the corresponding committee. At a meeting held on 30 April 1825, he was appointed to serve on an editorial committee authorized "to publish such pieces for this society as . . . will tend to promote a reformation in the Methodist Episcopal Church, or promulgate the wishes and views of this society for that purpose." On 14 Aug. 1828, Superintendent William Compton, who was newly appointed to the Roanoke Circuit and noted for his persecution of the "reformers" in the adjoining Granville Circuit, wrote to Bellamy, telling him to withdraw from the Roanoke Union Society and to cease to patronize the Mutual Rights (a reform paper published in Baltimore), or to prepare for trial. On 30 Aug., Bellamy and six other local ministers were summoned to appear before Compton; when they were not present on the designated date, they were suspended from the exercise of the duties of the ministry. On 25 Oct. 1828, Bellamy was brought to trial. Despite a firm and resolute defense, "the Rev. William Bellamy, one of the first itinerant preachers who had traveled in Carolina, who had served as yoke-fellow with Bishop (Enoch) George in those early days of Methodism, was found guilty—expelled [from] the church—the seal of official silence set upon his lips."

Bellamy was present on 19–20 Dec. 1828 at the organizational meeting of the North Carolina Annual Conference of the Methodist Protestant Church at Whitaker's Chapel, near Enfield in Halifax County. During the years following the establishment of this new branch of Methodism, Bellamy continued to serve as a minister on the Roanoke Circuit, which became one of the first circuits affiliated with the reform group. He collected material to write a history of Methodist reform in the "Old Roanoke District," but he died before the work was completed. He attended the General Conference of the Methodist Protestant Church in Cincinnati in May 1846.

Bellamy was named as a trustee of the Methodist church at Vaughan's Branch in Edgecombe County and was also a trustee of Battles' Meeting House at Battleboro. In 1842 he participated in a Fourth of July celebration held at Falls Church in Rocky Mount.

Bellamy's home, Oak Forest, in Nash County, near Battleboro, was built in 1826. Bellamy was also an enslaver. By 1840, thirty-four people were enslaved by Bellamy. He was married to Mary Crowell of Halifax County (30 Mar. 1772–22 Sept. 1836). He "lived to a ripe old age," and was buried in the family cemetery at Oak Forest.

Minutes of the Methodist Conferences (1813).

History of the Methodist Protestant Church: Giving a General View of the Causes and Events that Led to the Organization of that Church, and a More Particular Account of Transactions in North Carolina, Never Before Published, with an Appendix: Google E-book

Drinkhouse, Edward Jacob. History of Methodist reform, synoptical of general Methodism, 1703 to 1898, Volume 2. The Board of publication of the Methodist Protestant church, 1899 - Methodism. http://books.google.com/books?id=THw9AAAAYAAJ&dq=William+Bellamy+methodist&source=gbs_navlinks_s&printsec=frontcover#v=onepage&q&f=false (accessed March 26, 2013).