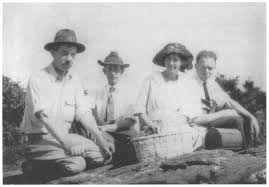 as a research assistant. Born Alma Leonora Holland on January 10, 1892, to James Leonidas Holland and Inez Neglina Leach Holland, she was a native of Moore County, North Carolina. Her parents were both farmers. Beers had three brothers, as well as three half siblings from her father’s first marriage.

After attending Meredith College from 1909-11, Beers taught public school in Bladen County, North Carolina. In the summer of 1918 she came to UNC as student, Professor William Coker was so impressed with her work that he asked her to stay on at the University as his research assistant. While working with Coker, Beers took courses at the University and eventually earned her BA in 1925, also becoming a member of Phi Beta Kappa.

While she was never given another title, as a research assistant Beers performed the duties of a “teacher, editor, librarian, translator, secretary, artist, and plant collector.” Beers taught courses in botany at the university level from 1926 to 1944. Coker maintained a presence in her classroom, in part to discourage “uncouth behavior” by the students, but also to grant authority to Beers’ teaching in the University since she lacked an advanced degree. Her favorite class to teach was a class on ferns. Beers notably taught William J. Koch in her course “Structure, Growth and Classification of the Ferns.” Koch later earned his Ph.D. and became a distinguished member of the UNC faculty.

Beers was trilingual, fluent in French and Latin as well as English, and would often help her colleagues by translating works for them. She was the caretaker for the Botany department’s collection of books. When Coker arrived at UNC, he began to acquire the books and journals needed for student research, which Beers helped to curate. Beers collected over 650 plant and fungus specimens for the UNC-Herbarium in her career as a research assistant to Coker. She also co-authored two books with Coker, The Boletaceae of North Carolina and The Stipitate Hydnums of the Eastern United States. She also transcribed his notes and edited his works. During her career she also served as the executive editor of the Journal of the Elisha Mitchell Scientific Society from 1946-1951. Coker had been the executive editor starting in 1903, and Beers assisted him during that time, eventually taking over the post herself. 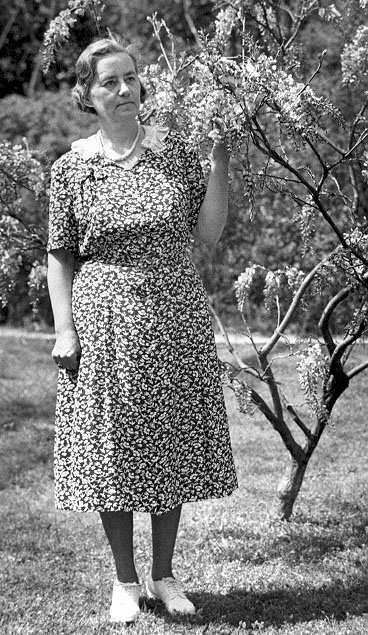 When Beers’s official title became Research Assistant in 1938, Coker petitioned UNC President Frank Porter Graham that her salary be increased annually as faculty salaries were. Coker’s attempt to reward Beers for her professional contributions was unsuccessful. She never became a salaried employee and therefore her income was not consistent. He felt so strongly that Alma be adequately compensated for her work that he bought her a new car around 1940. When Coker retired in 1944, Beers became an assistant to John N. Couch who was successor to Coker’s position as chairman of the Department of Botany. Beers ceased teaching at this time.

She married UNC zoology professor Charles Dale Beers in 1941. She was nine years older than he, and their paths first crossed when he was a student at UNC while she was working under Coker. When Charles was recovering from a nervous breakdown, Alma nursed him back to health in her own home, and the couple eventually married after living together for over a year.

Beers retired from the botany department in 1951 after working there for 31 years, after which she pursued her passion for gardening as a charter member of the Chapel Hill Garden Club. Beers was locally noted for her beautiful flower gardens, which she was passionate about growing. She was a member of a group of local gardeners who planted flowers at the gate entrance to Kenan Stadium on special occasions. Beers did most of her own yard work, and at 74 years old she noted in a letter to Sara McBride that “I’m tough, and can still wield a pick axe as well as any man!”

In addition to her expertise in botany, she was also a gifted artist and illustrator, contributing in an artistic fashion to most of the publications put out by the university during her career there. She illustrated the Journal of the Elisha Mitchell Scientific Society, theses by UNC graduate students, Coker’s publications, and for other UNC botanists. She also designed china for the Carolina Inn.

Beers was also the first woman in Chapel Hill to request a permit to build her own house in the mid 1920’s. It was in that home at 707 Gimghoul Road that she often took in sick students who were refused lodging at rooming houses because of the risk of others catching their illness.

Alma Holland Beers died of a heart attack on October 31, 1974 and is interred alongside her husband in Old Chapel Hill Cemetery in Chapel Hill, North Carolina. 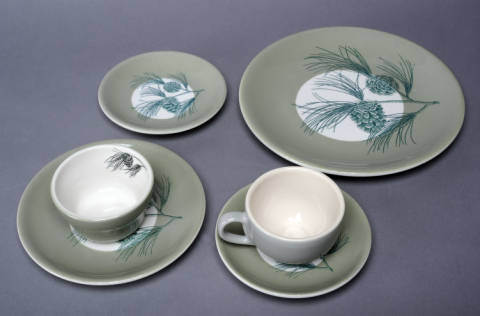