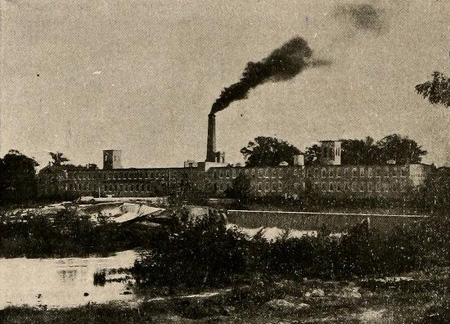 Joel Battle, planter, merchant, militia colonel, and cotton manufacturer, was one of the three children of William Butler and Charity Horn Battle. He was one of the founders of the Rocky Mount Mills at the falls of the Tar River in Nash County, the second textile mill to begin operation in North Carolina and the oldest mill still in operation at its original site.

In 1816, Battle, along with his brother-in-law Peter Evans, Henry A. Donaldson, and John Hogan, began buying land around the Falls of Tar River. Hogan sold his share to Battle in 1817. A stone mill was constructed at the falls in 1816 or 1817 and expanded in 1819. By 1820, Battle and his partners owned the entire area, and the mill was in full operation. In that year they got a license to build a dam at the falls. Dissension among the partners in the 1820s led to Donaldson's buying Evans's interest in 1821 and then, in 1828, selling his share to Battle. The Battle family continued to control the mills for a number of years.

Joel and Mary Battle had eleven children, nine of whom lived to adulthood: William Horn, Amos Johnston, Richard Henry, Catharine Anne, Benjamin Dossey, Christopher Columbus, Isaac Luther, Susan Esther, and Laura Carolina. Battle was buried at the Oaks, his Edgecombe County home, but in 1872 his remains, along with those of his wife, were moved to Oakwood Cemetery in Raleigh.