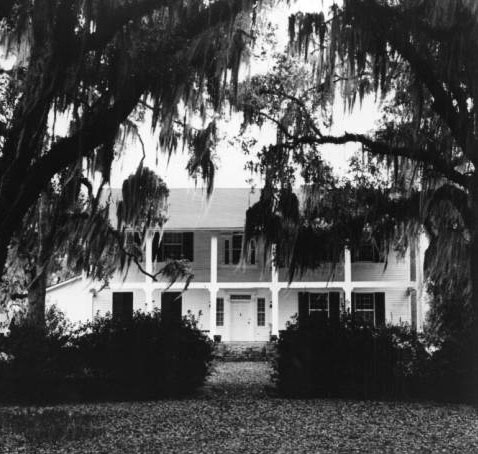 William Barrow, Louisiana pioneer, was born in Halifax County, the son of William Barrow and his wife, Olivia, who was the daughter of Robert Ruffin of Northampton County. His grandfather William had moved from Southampton County, Va., to North Carolina in 1747. His father having died in 1787, William Barrow, with his mother, his brother Robert, and his sister Mary and her husband, David Lane, moved to the Southwest in 1797. They eventually settled in West Feliciana, then under the dominion of Spain, where they were joined by another sister, Sarah, and her husband, John Dawson. The family prospered in Louisiana, and twenty years later the two brothers who had remained in North Carolina, Bennett and Bartholomew, joined them also.

William Barrow settled the Highland plantation in 1801. As settlement progressed, the Felicianans became concerned about their status as citizens of Spain. The Louisiana Purchase of 1803 did not include what was then called West Florida, which included Feliciana County and four other districts in Louisiana. In June 1810, five hundred citizens of Feliciana set up a revolutionary government, and Barrow was active in this movement. In September 1810 the insurrectionists captured Baton Rouge and proclaimed West Florida an independent state. A constitution was adopted and application made for admission to the United States. Barrow was one of the five members of the provisional government of the new nation. Shortly thereafter, President Madison proclaimed West Florida part of the United States, and, on 7 Dec. 1810, Governor William C. Claiborne of Louisiana raised the American flag in the village of St. Francisville. Barrow later saw active service during the War of 1812.

Barrow died in Washington, D.C., and was buried there. His remains were later returned to Louisiana and buried at Highland. He left an estate of 7,160 arpents of land and 348 slaves. In 1792, before leaving North Carolina, he had married Pheraby, the daughter of Robert Hillard of Northampton County. They were survived by six children. A son, William Ruffin, built the beautiful Greenwood Plantation, considered by many architects the epitome of Greek revival plantation houses. Another son, Bennett Hillard, inherited Highland and was the author of a well-known plantation diary, edited by Edwin A. Davis as Plantation Life in the Florida Parishes of Louisiana, 1836–1846.