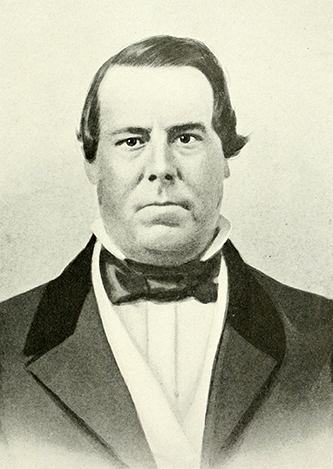 Joshua Barnes, justice, militia officer, and legislator, was born in Edgecombe County. His parents were Jesse Barnes and Edith Jordan, both from families long established in that area. He was educated at Benjamin Sumner's Academy at Arcadia in Person County, after which he became a planter. Within a few years, he had entered public life as a justice of the peace and a captain in the Edgecombe County Militia. His appointment to the rank of lieutenant colonel was dated 19 Mar. 1839, and he was soon afterward elected brigadier general of the North Carolina militia in the counties of Edgecombe, Martin, Northampton, and Halifax. He resigned from this position several years before the Civil War.

Throughout his life, Barnes was a prominent supporter of local education. He was an incorporator of the Toisnot Male Academy on 18 Jan. 1847 and of the Wilson Female Seminary on 16 Feb. 1859. He also took an active part in the incorporation of the town of Wilson on 29 Jan. 1849, and he was probably the only man in the state who was a commissioner of a town of which he was not a resident. As chairman of the board, he was technically the first mayor of Wilson, serving until 14 Sept. 1850.

Barnes represented Edgecombe County in the North Carolina General Assembly in the sessions of 1840, 1842, 1844, 1850, and 1854. He was state senator from Wilson County in 1868 and served on the important Military Committee. Wilson County was established under his leadership, despite long and vigorous opposition, by an act of the General Assembly ratified on 15 Feb. 1855; it embraced portions of the counties of Edgecombe, Nash, Johnston, and Wayne. He also served as chairman of the first session of the Wilson County court, held on 1 June 1857. 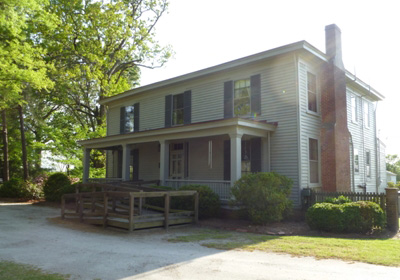 On 24 Sept. 1874, about one year after suffering the first of two crippling strokes, Barnes joined the Wilson Primitive Baptist Church, of which he was soon afterward elected a deacon. He was very faithful in his church attendance and the performance of all business obligations. He died in Wilson and was buried in Maplewood Cemetery.