Spawning occurs in mid-river between February and July. Sturgeons remain in the river system during summer and return downriver in fall.

Hatch in about one week at water temperature of 64 degrees. No parental care given to young. 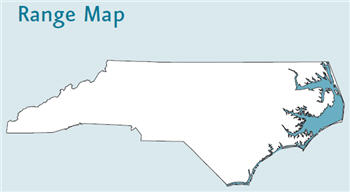 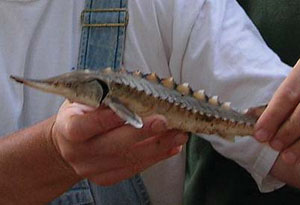 Sturgeon are anadromous fish, which means they spend most of their life in salt water but migrate up freshwater rivers, along the coast, to spawn. 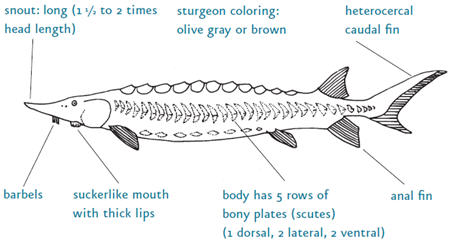 The population, size and range of Atlantic sturgeon have declined drastically throughout the 20th century. As a result of this decline, the Atlantic States Marine Fisheries Commission initiated a coast-wide fishing moratorium in 1998. Further concern over the condition of Atlantic sturgeon populations prompted the National Marine Fisheries Service to begin a status review of the species in 2007 to determine if a threatened or endangered listing is needed.

Atlantic sturgeon is a long-lived species, often reaching 60 years. Males may mature earlier than females. Sturgeon feed mainly at night on a variety of bottom-dwelling organisms such as snails and worms, which they slurp up with their suckerlike mouths.

Adult Atlantic sturgeon migrate to upriver spawning areas in January and February. They require clean, deep, swiftly flowing freshwater, preferably over a hard, rough or rocky bottom, to successfully reproduce. Their adhesive eggs attach to rocks, gravel, or woody debris and hatch within a week at a water temperature of 64 degrees.

Atlantic sturgeon swim out to sea, where they undertake extensive migrations of up to 950 miles. Young sturgeon have been captured off the Georges and Browns banks of Nova Scotia.

Human-related activities—commercial fishing in particular—have led to a decline in Atlantic sturgeon populations throughout the fish’s range. In the past, sturgeon were prized for their firm white flesh and eggs, which were used to make caviar. For these reasons, they were fished almost to extinction. During the 18th and 19th centuries, the second largest caviar fishery in the U.S. was located in the Chesapeake Bay, just north of the North Carolina state line. Dams built for navigational or flood-control purposes on the larger coastal rivers restricted or often prevented sturgeon from reaching their traditional spawning grounds. Increasing levels of water pollution from growth and development across the 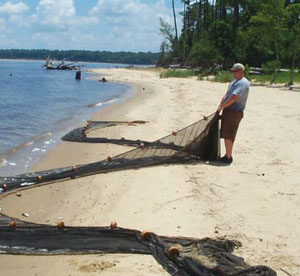