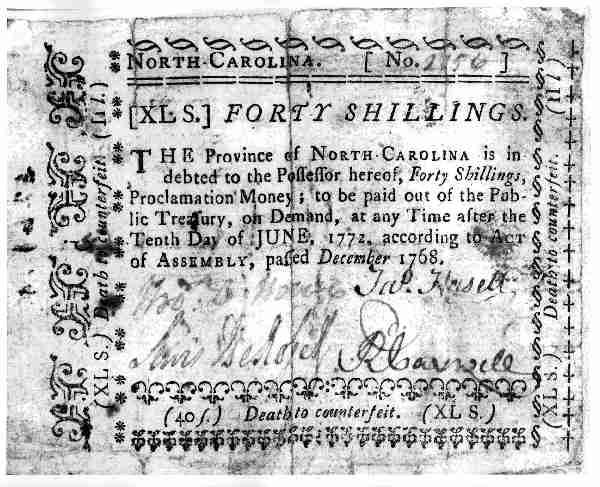 Arrears, when applied to quitrents and taxes in colonial North Carolina, meant that certain fees were unpaid and overdue. Arrears represented the amount owed and any additional fees. During Governor William Tryon's time in North Carolina (1765-71), John Rutherfurd, receiver general of quitrents, expressed his frustration to Tryon that because of more than 50 years of inadequate quitrent and tax rolls, the king was due large amounts of money in outstanding debts from quitrents, taxes, and the arrears fees.

In 1767 Tryon, in a dispatch to the earl of Shelburne, stated the need for Rutherfurd to have assistance in preparing adequate books so that proper quitrent fees, taxes, and the amounting arrears could be collected. In January 1769 Rutherfurd cautioned Tryon that arrears were in such default that more money was owed than the land was worth; because no cash was readily available, attempting to resell the land or collect the arrears would result in chaos and anarchy. All of these factors contributed to much unrest in North Carolina.