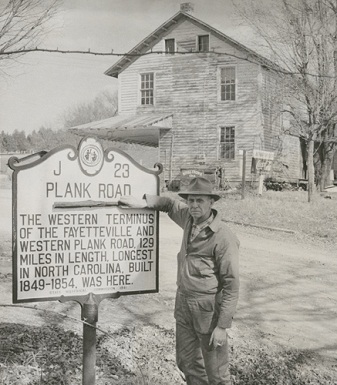 The Appian Way of North Carolina was a plank road built by the Fayetteville and Western Plank Road Company that extended 129 miles from Fayetteville to Bethania. Completed to Salem in 1853, it reached Bethania on 28 Oct. 1854 and at the time was the longest plank road in the world. The road's descriptive name suggests its importance-the ancient road of the same name built in Italy in A.D. 312 extended 132 miles from Rome to modern Santa Maria Capua Vetere. Eventually continued into southern Italy, the Appian Way was considered to be the "queen of long-distance roads."