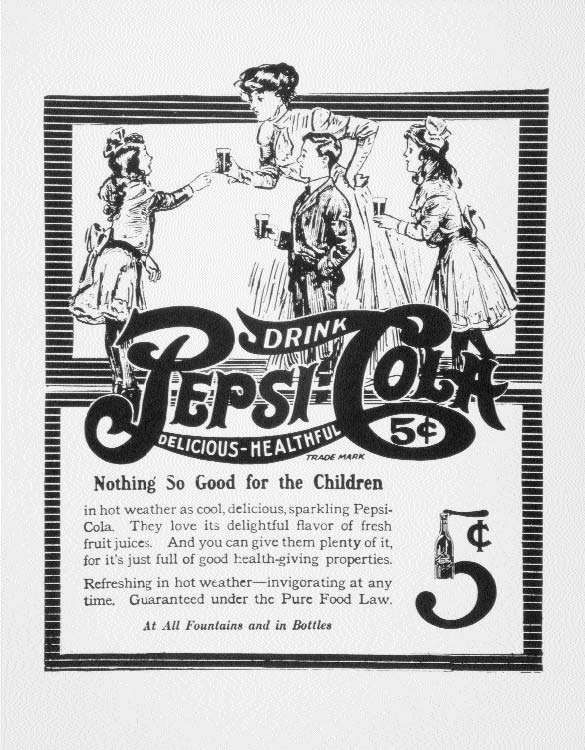 Many people are unaware of the numerous inventions and scientific breakthroughs that have happened in North Carolina. They probably have heard of Wilbur and Orville Wright and the first sustained, powered airplane flight. Some may have heard of Caleb Bradham (Pepsi-Cola), Richard Jordan Gatling (the Gatling gun), Lunsford Richardson (Vicks VapoRub), and a few other inventors with ties to our state. But hundreds of scientists and inventors have worked here, whether on their own or for a business, university, or other organization.

There are several reasons why an inventor may not be widely known. He or she may have created something intended for personal or local use, only. He or she might be employed by an industry in which inventions are kept as trade secrets, helping one business, or be part of ongoing work involving so many people that we do not know all of their names. An inventor might be unable to afford the complicated and sometimes lengthy process of getting a patent.

A patent is an official, legal document giving its holder the sole right to make, use, and sell an invention for a set amount of time. There are several kinds of patents, which the United States government first offered in 1790 as a way to protect people’s ideas from being used without their permission. Even if an inventor secures a patent, he or she might be unable to find anyone to manufacture the invention, or it might not prove popular.

Patent records, however, can tell us about many inventions. In the 1800s, for example, North Carolinians often created devices and machines to improve agriculture and farming. These inventions, like many others, made life easier for people or saved time. Early patent records list such items as corn shellers, cotton thinners, threshing machines, seed planters, patents for agricultural tools and and gristmills as being invented by people from the Tar Heel State. Other individuals patented inventions such as improvements in steam engines, washing machines, sawmills, and cigarette-making machines.

Lesser-known North Carolina inventors include Fenton Foster, creator of the first practical typesetting apparatus (1875), a forerunner of the linotype machine. John C. Steel invented a light, hand-operated brick truck in 1888; by 1900 J. C. Steel Brick Company was one of the state’s leading brick-producing companies. Carl R. Livermon invented an improved peanut picker in 1912. Livermon patented that device and others but also invented things for which he did not seek patents, including a two-lever cart for hauling peanut stacks; retractable wheels used to put under a rocking chair to move disabled people from room to room; a central air-cooling device; and a folding wheelbarrow.

In 1930 Dr. Perry Reaves invented a radiograph-scope. Reaves spent nine years working on a photographic and optical apparatus for the study of X-ray pictures. Reaves’s machine had advantages over others because it eliminated distortion of X-ray pictures, and its surface mirrors were silvered on the front instead of the back. Luther Shipman invented an odor wave machine in 1939, with the claim that “the device would point out a coon’s den, metals, and various ills heired by mankind.” The machine had seventy-six smelling cells. Grafton A. Gatling invented a pyramid stove in 1976. He said his stove used low-cost fuel such as “small logs, pine cones, twigs, decayed wood or mulch, paper logs, coal, or even peanut hulls.” Examples of recent items patented by North Carolinians include Marvin L. Beacham’s biker’s belt (2003), William D. Taper’s version of handcuffs (2004), and Bob H. Halkidis’s sports cooler (2005). 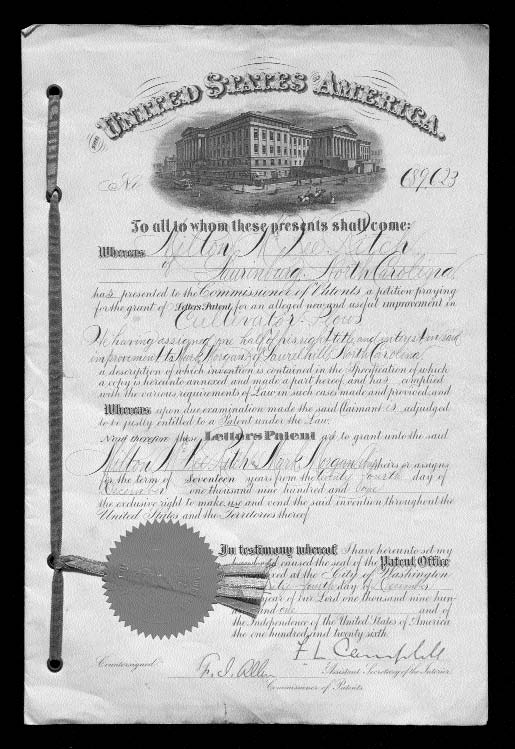 Minority inventors also have made their mark in North Carolina. It is believed that Lunsford Lane—born into slavery near Raleigh in 1803—was the state’s first African American inventor. While enslaved, Lane was allowed to earn money as long as it did not interfere with his farm duties. At night he did odd jobs such as chopping wood and selling tobacco. Around 1830, he invented a pipe and began selling a special blend of tobacco that he had created. At the time, slaves could not get patents, but by 1838, Lane had saved $1,000. He used the money to buy his family’s freedom and move them to New York City. Later, some early African American inventors did secure patents for their labor. They included Horde Spears, who invented a shield for infantry and artillery (1870); and Edward H. Sutton, who invented a cotton cultivator (1874). More recent African American inventors from North Carolina include Winser Edward Alexander, who invented a system for enhancing fine detail in thermal photographs (1967); and Andrew Williams and Richard H. Ames, who patented a cranial drilling instrument (1972).

Two early American Indian inventors in North  Carolina were Sequoyah (1770–1843) and Salola (ca. 1800s). Sequoyah’s tribe, the Cherokee, did not have a written language. After twelve years of work, he completed a Cherokee alphabet in 1821. Salola—also a Cherokee—worked as a blacksmith. Some say that he was “the first Indian who ever manufactured an entire gun.” In the 1840s Salola created a rifle, a copy of which was displayed in the U.S. Patent Office in Washington, D.C.

Women in North Carolina have made inventive contributions, too. The first known white female inventor was Ethel H. Porter. In 1834 she received a patent for an invention related to cutting feed for horses and cattle. One woman with North Carolina ties, Beulah Louise Henry, has been credited with more than a hundred inventions and received forty-nine patents between 1912 and 1970, likely more than any other woman in the United States. Among North Carolina women recently receiving patents are Marsha Hannel, for a shaving cream dispenser (2001); Milinda Hendrick Kirkpatrick and Christine Ann Cronin, for a saddle for two persons (2002); Wanda K. Daggs, for a personal flotation device (2003); and Marylee Taft, for a fire ant trap (2004). African American women from North Carolina who have received patents include Mary Beatrice Davidson Kenner—who between 1956 and 1987 invented at least thirty-five personal and household items and held five patents—and Emily J. Collymore, who secured patents for a toilet tissue holder (1989) and a circular candle (1990).

Inventors and scientists come from various fields such as engineering, architecture, medicine, computer science, agriculture, and even food or entertainment. Malcom McLean, a North Carolina native, helped change the world inventing container shipping. Elisha Mitchell proved a hypothesis about the height of one of the state’s mountains. Radio pioneer Reginald Fessenden, like the Wright brothers, came to North Carolina briefly from another state to do important work here. Brothers H. H. Brimley and C. S. Brimley moved from England to shape the public’s perception of natural sciences in the Tar Heel State through museum-based collection and exhibition.

At the time of this article’s publication, Dr. Lenwood Davis was an adjunct professor in the Department of English and Foreign Languages at Winston-Salem State University and the author of an upcoming book on North Carolina inventors.

Resources in libraries on inventors in North Carolina [via WorldCat]