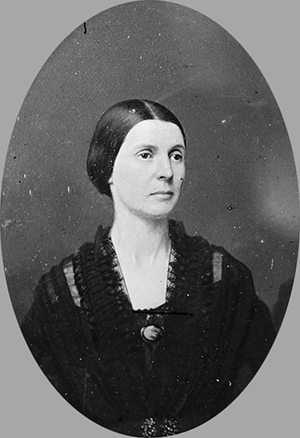 Rose O’Neal Greenhow, Washington hostess turned Confederate spy, was born in Maryland in 1815. During her adolescence, she moved to Washington, D.C., to live with her aunt who ran a boarding house popular among many top politicians. Rose became one of the most popular and proper Washington hostesses. She and her husband, Robert Greenhow, frequently welcomed the company of James Buchanan, Martin Van Buren, James K. Polk, William Seward, and one of her most highly regarded friends, John C. Calhoun.

She was well known for her pro-states’ rights and slavery expansionist views. However, she maintained friendly relationships with leaders from the North. Therefore, when war broke out and Col. Thomas Jordan and General Pierre G.T. Beauregard recruited her to lead a Confederate espionage ring, Federal leaders suspected nothing. Greenhow’s most important contribution to the Confederate cause occurred in July 1861. By pinning a coded message in the hair of her courier, Betty Duval, she provided General Beauregard with information concerning the strength and route of Union forces headed towards Richmond under the command of Union General Irvin McDowell. The information allowed Beauregard to properly prepare for and secure a victory at the first Battle of Bull Run (Manassas). Soon Allan Pinkerton, the head of the Federal Secret Service, caught onto Greenhow’s activities and placed her under house arrest. This did not stop her, but only forced her to get more creative in her system of communication. She would adjust her house shades to represent dots and dashes of the Morse code and use varying colors of yarn in her needlework to accomplish the same. In January 1862, she and her daughter were transferred to the Old Capitol Prison. During her time there, she still managed to relay messages to the South. In June 1862 the Federal government tried her and sent her to the South where she was welcomed as a hero and awarded $2500 by President Jefferson Davis.

Jefferson Davis sent her to Great Britain and France in 1863 to raise support for the Confederacy. Her return trip a year later was aboard the blockade-runner Condor, which ran aground 200 yards from Fort Fisher. Greenhow was carrying with her dispatches for the Confederacy and $2000 in coins. Despite the rough waters and the captain’s warning, she got in a small boat with five soldiers to row ashore. The boat capsized (the men survived) and the weight of the purse pulled her beneath the waters to her death. She was buried with full military honors in Oakdale Cemetery in Wilmington. 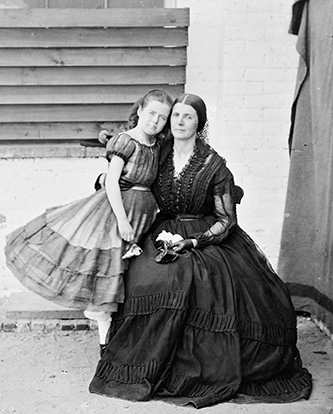 Rose O’Neal Greenhow, My Imprisonment and the First Year of Abolition Rule at Washington (1863)

Henderson, Harris. "Summary of My Imprisonment and the First Year of Abolition Rule at Washington." Documenting the American South, University of North Carolina at Chapel Hill. 2004. https://docsouth.unc.edu/fpn/greenhow/summary.html (accessed December 4, 2013).