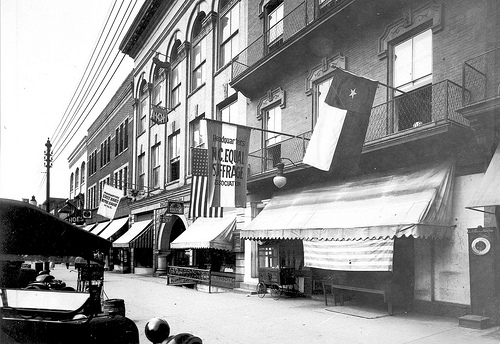 Democratic politicians and businessmen resisted women reformers on some issues as the century progressed, often because women wanted changes that threatened men's political and economic power. Women's pursuit of protective legislation for women and children workers in factories and mills angered them. The women suffrage movement raised alarm bells, because the subordination of women remained a cornerstone of white supremacy, and women suffrage opened the door to black women voters. This stopped many white women from supporting the suffrage movement.

Many North Carolina women and men believed, however, that women, as citizens and taxpayers, should have the vote. In 1913 women organized the Equal Suffrage Association of North Carolina (ESA), welcomed men and women as members, and campaigned vigorously for the vote. Its leaders hoped women's work during World War I would increase support for suffrage in the state. Women volunteered in the Red Cross, grew victory gardens, rolled bandages, conserved grain, and did two-thirds of the work in Liberty Loan campaigns. Nonetheless, women suffrage remained an unpopular idea in the state, and North Carolina's legislature declined to ratify the Nineteenth Amendment in 1920. The state belatedly ratified the amendment in 1971.

The Nineteenth Amendment ensured women's entry into state politics, although many women remained apathetic about voting. Women entered local and state government as librarians, clerks, managers, and agency heads. Some were elected to the North Carolina General Assembly, although between 1921 and 1961 only 13 women served in that capacity. In 1920 Lillian Exum Clement of Buncombe County became the first woman to serve in a state legislature in the South.

Led by Gertrude Weil of the ESA and the NCFWC, women organized the North Carolina League of Women Voters to prepare women for their roles as voters and citizens. The league, together with the Legislative Council of North Carolina Women, pressed an active reform agenda aimed at improving the lives of women and children, including support for the federal Sheppard-Towner Act that funded a health program for mothers and children. Their battle with businessmen to conduct a survey of working conditions in the state's mills failed, however, when men blocked outside studies of work conditions. Support for the league wavered in the 1930s after it supported the Loray textile strike in Gastonia that led to the murder of North Carolina labor activist Ella Mae Wiggins. Weil and other white women condemned the murder and subsequent acquittal of the perpetrators, but their voices failed to sway many in the state.

Keep reading  >> Part 8: Activism and the Expansion of Women's Opportunities and Public Influence