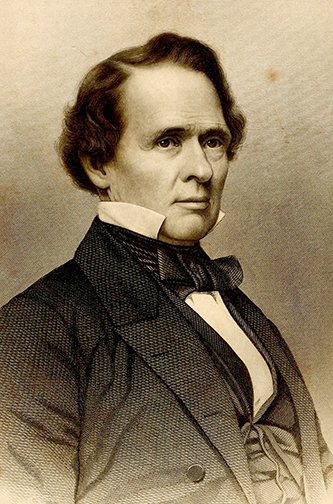 Joseph Lane, soldier, U.S. senator, governor of Oregon, and vice-presidential candidate, was born in a double log cabin on Beaverdam Creek, four miles north of Asheville. During the same year his cousin, David Lowry Swain, destined to become a North Carolina governor and president of The University of North Carolina, was born in the same cabin. Lane was a descendant of members of the noted Lane family, originally of Halifax County, who were pioneer settlers of Raleigh and Wake County. His grandfather was Jesse Lane; Jesse's brothers were Joseph and Joel, the latter of whom provided the land on which Raleigh was established. His father, John Lane, fought at the Battle of Kings Mountain and after the Revolution, in 1795, settled with his brother Charles in Buncombe County and established an ironworks. His mother was Elizabeth Street, daughter of an early sheriff of Buncombe County. Joseph was the second son of John and Elizabeth Lane.

In 1804 the family moved to Henderson County, Ky., where he attended common schools. In 1816 he moved to Warrick County, Ind., and clerked in a store. He married Mary (Polly) Pierre Hart in 1820 and settled on a riverbank farm in Vanderburgh County. Lane was a successful farmer and also bought produce and conducted a flatboat trade with New Orleans. He continued these operations for twenty-four years, becoming a prominent tradesman and community leader. In 1822 he held his first public office when he served in the Indiana legislature; he won reelection several times. During the Mexican War Lane received national attention after leading his brigade with distinction at Huamantla and in other battles. Entering as a private, he emerged as a hero with the rank of major general. At the close of the war in 1848, President James K. Polk named him governor of the new and virtually unexplored Territory of Oregon.

After a rigorous winter journey, Lane proclaimed the new government on 3 Mar. 1849. Many of his duties involved pacifying the region's Indian tribes, a task in which he was notably successful. He resigned the governorship on 18 June 1850 and was subsequently named a delegate to the U.S. Congress; he was reelected three times. When Oregon joined the Union on 14 Feb. 1859, he was chosen as its first U.S. senator, serving until 3 Mar. 1861.

In 1860 Lane was named vice-presidential nominee on the Democratic ticket headed by John C. Breckinridge. In this four-way campaign, one faction of the Democrats split in an effort to prevent the election of Stephen A. Douglas. It was thought that Lane—a native Southerner, considered prosecession, and popular in all parts of the country—in combination with Breckinridge could defeat both the Douglas forces and the strong Republican ticket of Abraham Lincoln and Hannibal Hamlin. But the Republicans won with 180 electoral votes; Breckinridge and Lane came in second with 72. 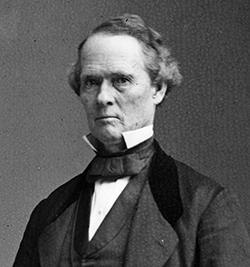 It was during this unsuccessful bid for the nation's second highest office that Lane returned to North Carolina, his first visit since childhood. He went to see his father's birthplace near Raleigh and the Joel Lane house, the city's oldest. He viewed the deed of conveyance by which Joel Lane in 1792 sold the state one thousand acres on which the capital city was founded. He also was reunited with his cousin, David Lowry Swain, then president of The University of North Carolina, with whom he had corresponded over the years. He learned much about the fortunes of the Lane family during the intervening years.

Oregon had become Republican in the 1860 election. Thus, after his Senate term expired, Lane retired from public life to his farm near Roseburg, Oreg., where he died. Lane and his wife were the parents of ten children who lived to maturity: Ratliffe B., Malissa, Joseph, Simon, John, Lafayette, Roseburg, Mary, Emily, and Winifred. In 1867 Lane, his wife, and three of their children (Simon, Lafayette, and Winifred) were baptized and confirmed into the Roman Catholic faith. At his own request, however, following his death nearly fifteen years later, Lane was buried in the Masonic Cemetery at Roseburg without religious ceremony.

He is recognized as one of Oregon's leading historical figures, and two thousand of his letters as well as several portraits and sketches of him are in the archives of the Oregon Historical Society. Lane County, site of the city of Eugene and the University of Oregon, is named for him.