Church of God in Christ 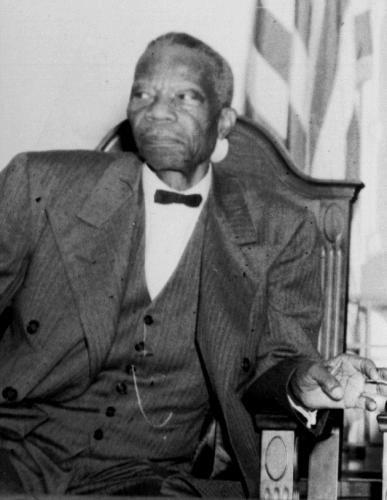 The Church of God in Christ, founded in 1897 and with its world headquarters in Memphis, Tenn., is the largest black Pentecostal denomination and the second-largest of all black Christian groups in the United States. It possesses a rich spiritual heritage with roots in both the African American experience and the spiritual revival that manifested itself among black and white Christians at the beginning of the twentieth century. The church, a "Pentecostal holiness" denomination, emphasizes a life of holiness in the Methodist tradition while adding the "necessity" of the Pentecostal baptism with the Holy Spirit to its dogma. The denomination also is Arminian in theology (against the Calvinist concept of predestination) and Wesleyan in doctrine.

The Church of God in Christ was founded by Charles Harrison Mason, who had been dismissed by his black Baptist church in Arkansas because of his beliefs concerning sanctification. The movement toward a deeper spiritual experience, which sprang from Baptist and Methodist theology, was both interdenominational and antisectarian. Mason's group, however, experienced an early break with major black Baptist conventions over issues of culture, personality, and class differentiation. Mason, who became the "General Overseer and Chief Apostle" (later, senior bishop) of the denomination, envisioned a "Pentecostal empowerment" that would, through the gifts of the Holy Spirit, equip the poor for both personal survival and social growth.

The Church of God in Christ celebrates its anniversary based on 1907 as the founding date. It was during that year that Mason began to seek more diligently the "fullness of God." Like many others, he was attracted to the Los Angeles, Calif., Azusa Street Mission (1906-11), where the Holy Spirit was believed to be descending daily upon those who sought a "baptism of the spirit." In 1907 Mason visited the mission and was filled with the spirit, reportedly speaking in tongues.

In the same year Levi Bazemore, who was living near Newport News, Va., came to North Carolina to visit relatives. After he had introduced them to the Pentecostal concept of "baptism of the Holy Spirit," his family established Cedarfolk, the state's first Church of God in Christ congregation, in Bertie County. Churches later were established in Edenton, Center Hill, Washington, Parmele, and other communities. Many local church members in North Carolina experienced great suffering, for Pentecostal groups were often considered dangerous outsiders by mainline Christian churches (both black and white). Ministers of the Church of God in Christ were sometimes beaten, threatened, and jailed.

Although the gift of tongues came to both black and white Christians at the Azusa Street Mission, racial conflict and secular social pressures soon caused white Christians to separate themselves from the Church of God in Christ (some of them formed the Assemblies of God in 1914). The period during which black and white Pentecostals worshipped together ended in 1924. Mason emphasized the value of prophetic black Christianity (one of the contributing factors in the separation of whites from the denomination). Women are considered spiritually equal to men and are allowed free expression of their spiritual gifts. Women and men also share social responsibility within the community. The church established its Women's Department in 1911. The work of women has been instrumental in the establishment of local churches throughout the country, especially in the South.

Following Mason's death in 1961, the Church of God in Christ struggled to find focus and identity. Under the guidance of new leaders, however, the church emerged from its insular roots to become one of the world's fastest-growing and influential Pentecostal denominations. In the early 2000s the Church of God in Christ had more than 8 million members worldwide, with a large presence in North Carolina.

Bishop Ithiel C. Clemmons, Bishop C. H. Mason and the Roots of the Church of God in Christ (1996).

Lucille J. Cornelius, The History of the Church of God in Christ (1975).