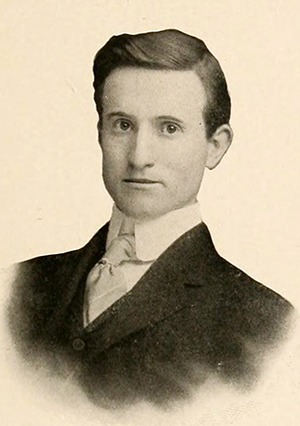 Roy Melton Brown, social work educator and administrator, was born near Boone, the son of Joseph Bobbitt and Franky Ashley Brown. His ancestors on both sides were small, home-owning farmers. Brown was educated in the public schools of Watauga County and at Globe Academy, Sutherland Academy, and Watauga Academy. He attended The University of North Carolina, where he received an A.B. degree in 1906. Later, he returned to the university for the M.A. in 1921 and the Ph.D. in sociology in 1929.

Brown began his career as a teacher of English in public schools and in college. He taught at Reidsville High School in 1906–7, was principal of Wiley elementary school in Raleigh during 1907–8, and taught English at Appalachian Training School for Teachers from 1908 until 1918.

His career in social work education and administration began after he completed his master's degree. From 1921 to 1922 he was a field agent in the reorganized North Carolina State Board of Charities and Public Welfare. He then served as director of the Division of Institutions for that board from 1922 to 1925, where he collected impressions and evidence for his future writing on poor relief in North Carolina. In the later 1920s he was a research assistant in the Institute for Research in Social Science at The University of North Carolina. In 1930 and 1931 he was engaged in research for President Hoover's Committee on Social Trends.

With the onset of the depression, Brown became more closely associated with the North Carolina welfare agencies. He was a technical supervisor for the governor's Office of Relief (1932–33) and director of social services in the North Carolina Emergency Relief Administration (1933–34). In these roles he was a source of immense strength and technical knowledge for the fledgling agencies attempting to cope with relief problems. He strongly advocated the preservation of the county unit system of welfare and the continuation of the traditional welfare department in an important role. He often found himself in conflict with federal bureaucrats, an attitude reflected in the history of North Carolina welfare he wrote later and left in typescript.

He did staff research on welfare administration in Oklahoma for the Brookings Institution from 1934 to 1935. In 1936 he returned to North Carolina to become director of the Division of Public Welfare and Social Work (now the School of Social Work) at The University of North Carolina; this school had been a pioneer in developing training for public social work, at a time when social work through public charities was still emphasized elsewhere. He held the position until 1945 and was long a close associate of Howard W. Odum. Brown remained a faculty member, retiring as professor emeritus in 1948.

Brown's importance as a consultant and resource for social welfare programs in North Carolina is not adequately reflected in a listing of his official responsibilities. Continuously active in public affairs and the promotion of social responsibility and interracial cooperation, he was early in his life secretary of the "People of Watauga County" (1914–17), was for about thirty years a member of the executive committee of the North Carolina Commission on Interracial Cooperation, and was a member of the North Carolina Conference for Social Service (beginning in 1914 and serving as president in 1943–44) and of the executive committee of the American Association of Schools of Social Work. From 1914 to 1920 he served as a member of the Boone School Board, and in 1923–24 he was alderman of the town of Cary. He was also a member of the Board of Public Welfare of Orange County.