Growth and Transformation: the United States in the Gilded Age

Between two great wars – the Civil War and the First World War – the United States of America came of age. In a period of less than 50 years it was transformed from a rural republic to an urban nation. The frontier vanished. Great factories and steel mills, transcontinental railroad lines, flourishing cities, and vast agricultural holdings marked the land. With this economic growth and affluence came corresponding problems. Nationwide, a few businesses came to dominate whole industries, either independently or in combination with others. Working conditions were often poor. Cities grew so quickly they could not properly house or govern their growing populations.

“The Civil War,” says one writer, “cut a wide gash through the history of the country; it dramatized in a stroke the changes that had begun to take place during the preceding 20 or 30 years....” War needs had enormously stimulated manufacturing, speeding an economic process based on the exploitation of iron, steam, and electric power, as well as the forward march of science and invention. In the years before 1860, 36,000 patents were granted; in the next 30 years, 440,000 patents were issued, and in the first quarter of the 20th century, the number reached nearly a million.

As early as 1844, Samuel F. B. Morse had perfected electrical telegraphy; soon afterward distant parts of the continent were linked by a network of poles and wires. In 1876 Alexander Graham Bell exhibited a telephone instrument; within half a century, 16 million telephones would quicken the social and economic life of the nation. The growth of business was speeded by the invention of the typewriter in 1867, the adding machine in 1888, and the cash register in 1897. The linotype composing machine, invented in 1886, and rotary press and paper-folding machinery made it possible to print 240,000 eight-page newspapers in an hour. Thomas Edison's incandescent lamp eventually lit millions of homes. The talking machine, or phonograph, was perfected by Edison, who, in conjunction with George Eastman, also helped develop the motion picture. These and many other applications of science and ingenuity resulted in a new level of productivity in almost every field.

Concurrently, the nation's basic industry – iron and steel – forged ahead, protected by a high tariff. The iron industry moved westward as geologists discovered new ore deposits, notably the great Mesabi range at the head of Lake Superior, which became one of the largest producers in the world. Easy and cheap to mine, remarkably free of chemical impurities, Mesabi ore could be processed into steel of superior quality at about one tenth the previously prevailing cost.

Carnegie and the age of steel

Andrew Carnegie was largely responsible for the great advances in steel production. Carnegie, who came to America from Scotland as a child of 12, progressed from bobbin boy in a cotton factory to a job in a telegraph office, then to one on the Pennsylvania Railroad. Before he was 30 years old he had made shrewd and farsighted investments, which by 1865 were concentrated in iron. Within a few years, he had organized or had stock in companies making iron bridges, rails, and locomotives. Ten years later, he built the nation’s largest steel mill on the Monongahela River in Pennsylvania. He acquired control not only of new mills, but also of coke and coal properties, iron ore from Lake Superior, a fleet of steamers on the Great Lakes, a port town on Lake Erie, and a connecting railroad. His business, allied with a dozen others, commanded favorable terms from railroads and shipping lines. Nothing comparable in industrial growth had ever been seen in America before.

Though Carnegie long dominated the industry, he never achieved a complete monopoly over the natural resources, transportation, and industrial plants involved in the making of steel. In the 1890s, new companies challenged his preeminence. He would be persuaded to merge his holdings into a new corporation that would embrace most of the important iron and steel properties in the nation.

The United States Steel Corporation, which resulted from this merger in 1901, illustrated a process under way for 30 years: the combination of independent industrial enterprises into federated or centralized companies. Started during the Civil War, the trend gathered momentum after the 1870s, as businessmen began to fear that overproduction would lead to declining prices and falling profits. They realized that if they could control both production and markets, they could bring competing firms into a single organization. The "corporation" and the "trust" were developed to achieve these ends.

Corporations, making available a deep reservoir of capital (money and other assets) and giving business enterprises permanent life and continuity of control, attracted investors both by their anticipated profits and by their limited liability in case of business failure. The trusts were in effect combinations of corporations whereby the stockholders of each placed stocks in the hands of trustees. (The “trust” as a method of corporate consolidation soon gave way to the holding company, but the term stuck.) Trusts made possible large-scale combinations, centralized control and administration, and the pooling of patents. Their larger capital resources provided power to expand, to compete with foreign business organizations, and to drive hard bargains with labor, which was beginning to organize effectively. They could also exact favorable terms from railroads and exercise influence in politics.

The Standard Oil Company, founded by John D. Rockefeller, was one of the earliest and strongest corporations, and was followed rapidly by other combinations – in cottonseed oil, lead, sugar, tobacco, and rubber. Soon aggressive individual businessmen began to mark out industrial domains for themselves. Four great meat packers, chief among them Philip Armour and Gustavus Swift, established a beef trust. Cyrus McCormick achieved preeminence in the reaper business. A 1904 survey showed that more than 5,000 previously independent concerns had been consolidated into some 300 industrial trusts.

The trend toward amalgamation extended to other fields, particularly transportation and communications. Western Union, dominant in telegraphy, was followed by the Bell Telephone System and eventually by the American Telephone and Telegraph Company. In the 1860s, Cornelius Vanderbilt had consolidated 13 separate railroads into a single 800-kilometer line connecting New York City and Buffalo. During the next decade he acquired lines to Chicago, Illinois, and Detroit, Michigan, establishing the New York Central Railroad. Soon the major railroads of the nation were organized into trunk lines (main lines from which the others extended) and systems directed by a handful of men.

In this new industrial order, the city was the nerve center, bringing to a focus all the nation's dynamic economic forces: vast accumulations of capital, business, and financial institutions, spreading railroad yards, smoky factories, armies of manual and clerical workers. Villages, attracting people from the countryside and from lands across the sea, grew into towns and towns into cities almost overnight. In 1830 only one of every 15 Americans lived in communities of 8,000 or more; in 1860 the ratio was nearly one in every six; and in 1890 three in every 10. No single city had as many as a million inhabitants in 1860; but 30 years later New York had a million and a half; Chicago, Illinois, and Philadelphia, Pennsylvania, each had over a million. In these three decades, Philadelphia and Baltimore, Maryland, doubled in population; Kansas City, Missouri, and Detroit, Michigan, grew fourfold; Cleveland, Ohio, sixfold; Chicago, tenfold. Minneapolis, Minnesota, and Omaha, Nebraska, and many communities like them – hamlets when the Civil War began – increased 50 times or more in population.

affluence came corresponding problems. Nationwide, a few businesses came to dominate whole industries, either independently or in combination with others." data-share-imageurl=""> 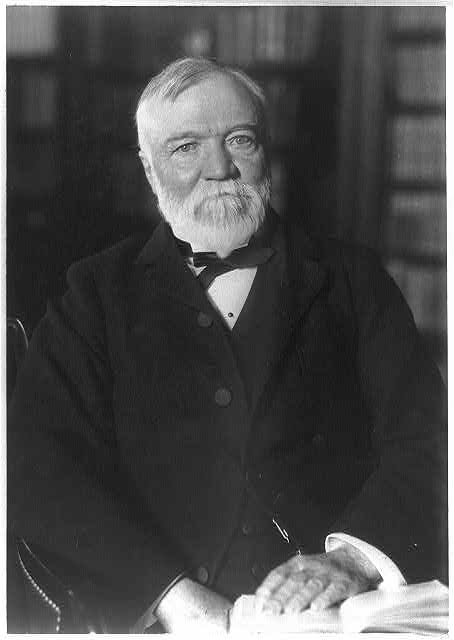 Andrew Carnegie arrived in America as the 12 year-old son of penniless immigrants and built an industrial empire that made him the richest man in the world. 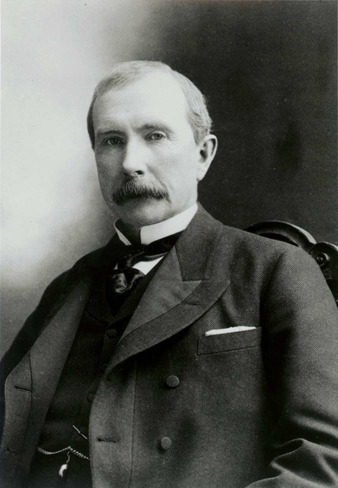 John D. Rockefeller built the Standard Oil Company, which dominated the oil industry at the turn of the twentieth century.

The Ohio Works of the Carnegie Steel Company in Youngstown, Ohio, 1910.