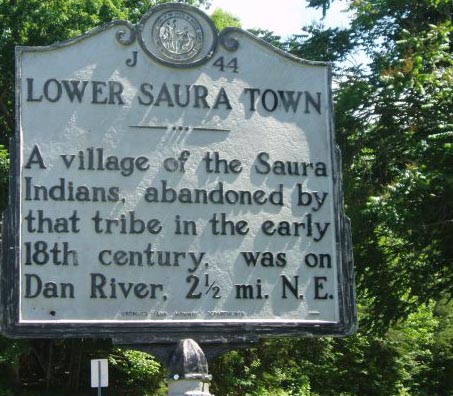 Some Sauras joined Col. John Barnwell's expedition against the Tuscarora in 1711-12 but did not complete the campaign. After the close of the Yamassee War, a 1715 South Carolina census numbered the Saura at 510 people settled near the North Carolina-South Carolina border (adjacent to modern-day Anson and Richmond Counties). That same year the Saura, who were trading with Virginians, were involved in raids against settlers, but by 1718 it appears they were at peace with the South Carolinians. Approximately three-quarters of the greatly reduced Saura, now known as the Cheraw, eventually went west to join the Catawba Nation, although they maintained much autonomy and political independence. The Cheraws who remained on settlements in the east along Drowning Creek (the modern-day Lumber River) are believed by some historians to have given rise to the Lumbee tribe.  Despite this, today there are many individuals and communities who trace their heritage to the historical Saura tribe and who identify themselves as descedants of the Saura.