Geneva Perry: From the International Sweethearts of Rhythm to Adkin High 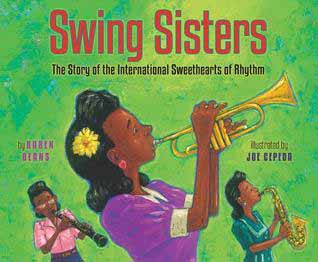 In eastern North Carolina, public school band directors have often played a crucial role in inspiring and instructing rising generations of musicians. One of the most influential band directors of earlier generations was Geneva Perry, who taught music at Adkin High School in Kinston. A Washington, D.C., native, Perry had played saxophone in the International Sweethearts of Rhythm before she came to North Carolina. The Sweethearts—all women musicians—were a multiracial, majority African American big band.

The band’s origins were at the Piney Woods Country Life School in Mississippi, which sponsored a touring student band in the 1920s and 30s. During the 1940s, while on tour, several band members struck out on their own, and set up housekeeping together in Arlington, Virginia, outside Washington. The Sweethearts were wildly popular throughout the World War II years, touring with the United Service Organization, challenging all-male orchestras in battles of the bands, and starring in a movie titled International Sweethearts of Rhythm.