Cannon Mills, producer of all-purpose cloth and kitchen, bathroom, and bedroom textile products, was founded by James William Cannon, a 35-year-old cotton broker and general merchandiser, in 1887 in Concord. Costing $75,000 and employing 4,000 spindles, the steam-powered Cannon Manufacturing Company produced its first yarn on 1 Apr. 1888. Instead of spinning yarn and sending it to be woven into fabric in northern factories (as was then the rule among southern cotton mills), Cannon began with raw cotton, spun the yarn, and wove it into a finished product called Cannon Cloth. An inexpensive item, this cloth was popular with housewives who sewed items such as shirts and pillowcases at home.

When it became clear that factory-sewn pieces would eventually replace simple fabrics, Cannon surveyed the textile industry and decided to fill the towel-making niche. Cannon Manufacturing Company produced its first towels in 1890. The company's early towels, made out of a flat (also known as huck) weave, were designed to be completed by the housewife, who cut and hemmed them to desired sizes. Around the turn of the century, Cannon began to weave a more absorbent towel known as terry or Turkish cloth, a new product for the company and the South that became popular during World War I. By the end of the war, Cannon had become the nation's largest towel producer. 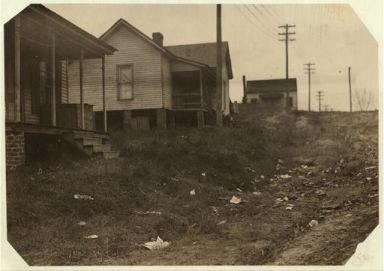 A 1928 consolidation of nine textile plants into the Cannon Mills Company helped the business survive the Depression. Cannon continued to add to its family of mills throughout most of the twentieth century, buying such companies as Maiden Knitting Mills (1969), Wiscassett Mills Company (1978), and Beacon Manufacturing (1978). Cannon Mills' low debt, fully funded retirement plan, large amount of attractive real estate, and lack of firm family control created an opportunity for a leveraged buyout and hostile takeover. In 1982 David Murdock, a California industrialist, financier, and real estate developer, offered $44 per share for the approximately 9.4 million Cannon shares then selling for $28.92 each. Within 34 days, Murdock controlled 98 percent of Cannon Mills stock at a cost of $413 million.

Murdock reorganized management, invested $200 million in capital improvements, redesigned the company's product lines, and made dramatic changes in Kannapolis by donating parkland, spurring the creation of a senior center and library, and renovating the business district. He also sold company housing and tore down the YMCA, one of the centers of town life.

Negotiations for the sale of Cannon Mills began in 1985, and Fieldcrest Mills, Inc., of Eden, bought Cannon's bath 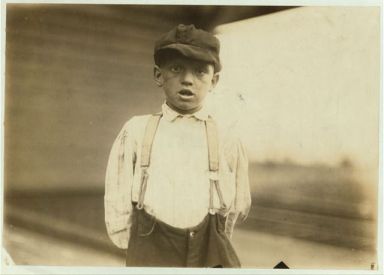 and bedding operations in January 1986 for $250 million. This purchase included 12 plants and 14 sales offices, which employed nearly all of the company's workers, and created a new corporation, Fieldcrest Cannon, Inc., under the leadership of Joseph B. Ely II. The resulting modernization and automation of production equipment led to a reduction in the number of employees. With the purchase, Fieldcrest doubled in size and became one of the largest producers of home furnishings and textile products in the world. Murdock retained that portion of nonindustrial property owned by Cannon Mills and managed it under the name of Atlantic American Properties.

James Lewis Moore and Thomas Herron Wingate, Cabarrus Reborn: A Historical Sketch of the Founding and Development of Cannon Mills Company and Kannapolis (1940).

Some of the housing conditions of the workers in the Cannon Mills, Concord, N.C., to contrast with the homes and gardens some times shown from the "show mills" of the state, 1912. Image courtesy of Library of Congress. Available from http://www.loc.gov/pictures/resource/nclc.02651/ (accessed October 2, 2012).

Would you be interested in selling any of these photos or Cannon items to a local Cabarrus county historian?

What was the hourly wage

What was the hourly wage scale (entry to top pay) for employees toward the end of Cannon Mills' existence (year 2000 or later, if available)?

I believe the date Pillowtex

I believe the date Pillowtex declared bankruptcy is incorrect. It should be 2003, not 2013, according to various media reports. Thank you.

Thank you. We have made the

Thank you. We have made the correction.

What were the actual

What were the actual addresses of the Cannon Mills factory and offices in the 1960's? Thanks.

You can search the directories as well as flip through them page by page.  If you do not find what you are looking for, please let us know and we will try to suggest other resources that might help, but the city directories are typically the go-to for questions like this.  Feel free to leave another comment in NCpedia.

Would like to know if Cannon Towel Co.donated cash and/or product to the victims of Hurricane Harvey?Please advise,it would warm my heart!

I wasn't able to find information about Cannon's contributions, but this doesn't mean that their organization did not help the survivors. Part of what makes finding this info difficult is determining the ownership of Cannon. Their site it here:

However, they are also part of the Iconix Brand Group, whose site you can find here:

Purchased 8 hand and 8 bath towels over a period of 4 weeks. Noticed a discoloration on hand towels, at least 4 and one bath towel discolored. I don't use bleach ' have to use 'sensitive skin detergent ', so the fading is happening even before I wash them, even during regular handwashing and drying my hands. I took pics. So why are these towels fading?