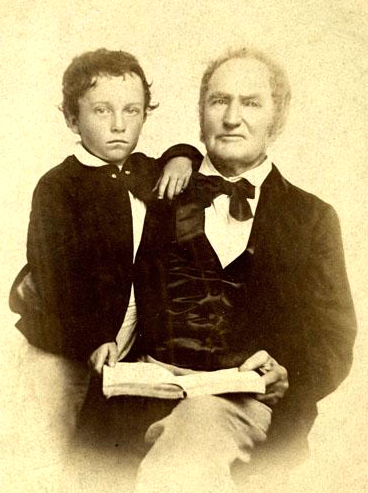 Weldon Nathaniel Edwards, planter, state senator, and congressman, was born near Gaston in Northampton County, son of Priscilla Williamson and Benjamin Edwards. He attended Warrenton Academy, read law, and in 1810 began to practice in Warrenton. Here he became an associate of his kinsman, Nathaniel Macon, and a powerful group of Roanoke area politicians sometimes called the Warren Junto. He represented Warren in the House of Commons of the General Assembly in 1814 and 1815.

Edwards was elected to fill Macon's seat in the U.S. House of Representatives in 1815, when Macon resigned to become a U.S. senator. He was reelected to five succeeding terms, but declined to be a candidate again in 1827; in that year he supported Daniel Turner, son of the former governor and U.S. senator, as his replacement. While in Washington Edwards lived at Alfred Dowson's Rooming House on Capitol Hill with H. G. Burton, Thomas H. Hall, Nathaniel Macon, and John Randolph, all representatives of the Roanoke area in Congress. At different times he served on the Judiciary, Roads and Canals, Elections, Public Expenditures, and Revolutionary Pensions committees. He was chairman of the latter two committees. He followed the members of his group in supporting the presidential candidacy of William H. Crawford in 1824, voting for Crawford in the House vote of 9 Feb. 1825. When the House made John Quincy Adams president, he joined the opposition. An advocate of strict construction of the federal constitution, he consistently voted against protective tariffs, internal improvements, and other extensions of federal power.

After leaving Congress, Edwards never lost interest in politics; however, his consuming passion was Poplar Mount, his plantation near Ridgeway, about twelve miles from Warrenton. Here he experimented with scientific agriculture, giving up the cultivation of cotton and concentrating on growing food crops and tobacco as well as breeding improved stock and game chickens. He often entertained important politicians passing through Warren County, including President James Buchanan when he visited the state in 1859.

Ten times between 1833 and 1852 Edwards was elected to represent Warren in the state senate, serving as president during his last two terms. In 1835, Edwards and Macon represented Warren in the state constitutional convention. Edwards opposed religious qualifications for office, direct election of governor, and submitting the constitutional changes to a vote of the people. In 1836, he was a member of the Central Committee of the North Carolina Democratic party supporting Van Buren and Richard M. Johnson. When the Whigs dominated the state, Edwards was a leader of the Democrats. He was often suggested as a candidate for governor but never ran. He was a delegate to the national convention of his party more than once, and in 1848 was chairman of the state convention.

By 1852, Edwards was beginning to sour on the direction democracy was taking in the nation as the South lost the leadership of the Democratic party. He was a steadfast supporter of southern rights and felt the times to be increasingly out of joint. With the election of Lincoln in 1860, he became a leader of the forces for secession. In March 1861, as president of a Southern Rights Convention in Goldsboro, he called for North Carolina to leave the Union. Two months later he was elected over William A. Graham of Orange to be presiding officer of his state's secession convention. This group was to hold four sessions before its final adjournment in May 1862. Edwards was frequently at odds with Governor Zebulon Baird Vance on the conduct of the war but defeat finally brought them together. On 6 Feb. 1868 he attended the Constitutional Union Party Convention, which saw many of North Carolina's old Democrats and Whigs unite in the face of the trials of Reconstruction. During the latter part of 1862, after the secession convention adjourned the final time, Edwards wrote his Memoir of Nathaniel Macon of North Carolina. It was a memoir of better days.

Notwithstanding the disastrous defeat that the end of the war represented for the ideals of Edwards, his last years were spent in relative comfort. He was almost eighty-six when he died; he was buried in the private cemetery at Poplar Mount. In June 1823 Edwards married Lucy Norfleet, of Halifax, who survived him.

He was not a Planter, He

He was not a Planter, He enslaved others, please stop using that word., He planted nothing. He forced his free labor blacks to plant so he could profit.

Question: Is there any papers

Question: Is there any papers existing for W.N. Edwards that name any of the slaves he owned?

Not an easy question to answer, but I have passed your comment to the Reference librarians to help you via email.

This is a remarkably

This is a remarkably unbalanced account of a Southern slave owner and force for the Confederacy. Two examples: "By 1852, Edwards was beginning to sour on the direction democracy was taking in the nation as the South lost the leadership of the Democratic party."--sour on democracy because the cause of slavery was seeing opposition? "the trials of Reconstruction"--in other words giving black citizens their rights and allowing them to vote? This needs serious revision

Thank you for visiting NCpedia and giving us feedback. This article is from the Dictionary of North Carolina Biography and published by UNC Press and we are unable to make any changes to the article. However, I will forward your feedback to the NCpedia.