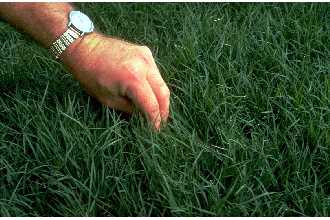 This is an interesting,

This is an interesting, informative article, but I was struck that it is mostly concerned with the uses (and nuisances) of grass to us humans. I've found the same bias in articles about vines, or trees, in NC. I wanted just to find out about grass, what it is, how it grows, what the species are, and how to identify them—a more ecological or botanical article. I'll keep looking.

Your article was very helpful

Your article was very helpful in advising my brother in NC with resowing his lawn.
Thanks
Koop
ret. Wageningen University and Research
The Netherlands

How do you get rid of the

How do you get rid of the real fine grass that comes up in the spring. It does die off in the summer heat but it looks terrible and hard to get rid of.

You may want to visit the NC State Extension Service website and contact the Extension Service with your question about weed/grass management, if you’re in North Carolina.  If you are in a different state, you may want to contact your own state’s extension service. Here is also a page on weed management from the US Department of Agriculture: https://www.nrcs.usda.gov/wps/portal/nrcs/detail/national/organic/?cid=n...

Here is the link to the NC State Extension service website where you'll find information and how to contact them: https://horticulture.ces.ncsu.edu/horticulture-weed-management/

I hope this helps! Please feel free to leave another comment if you have additional questions.

I'd like to plant sedge grass in my yard. Unfortunately I have a Black Walnut tree overhanging this space, and as well I contend with several deer each day.
Will sedge grow under this type of tree? Is sedge grass deer resistant?
Thanks for your help!
Denise

Please identify and tell me

Please identify and tell me if this weed is detrimental to our other dune vegetation at Emerald isle nc
Weed grows to about 3-4 ft has a yellow flower(several). Ragged green leaves.
Thanks
Ed

Here are a number of resources that might help you:

You may also wish to contact the North Carolina Department of Environment and Natural Resourecs.  They will be able to direct you to information about invasive species. Their contact information can be found on their website at http://portal.ncdenr.org/web/guest.