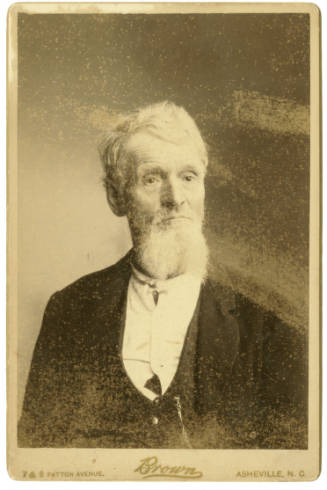 Thomas D. (Big Tom) Wilson, legendary hunter and mountain guide, was born at the family home on the Toe River in Yancey County, a region at that time of almost unbroken wilderness in the lofty Black Mountains. As a young man Wilson acquired an intimate knowledge of the region and was soon widely sought after as a guide for hunting and exploring trips. In 1852 he married Niagra Ray, the daughter of Amos Ray, and in 1853 the couple moved from the family homestead up to a cabin at the headwaters of the Cane River. Here he served as gamekeeper for the Murchison Preserve, a vast tract of virgin wilderness, and led innumerable forays through the high and remote areas of the Black Mountains and neighboring valleys.

Wilson first came to national attention as a result of his association with Dr. Elisha Mitchell (1793–1857), professor of geology at The University of North Carolina. Mitchell was convinced that the highest mountains in the eastern United States lay within the Black Mountain range, and in his attempt to establish this fact he became embroiled in a controversy that extended beyond the boundaries of the state. In an attempt to resolve the question, Mitchell and his son Charles planned a series of barometric measurements on the higher peaks of the range during the summer of 1857. 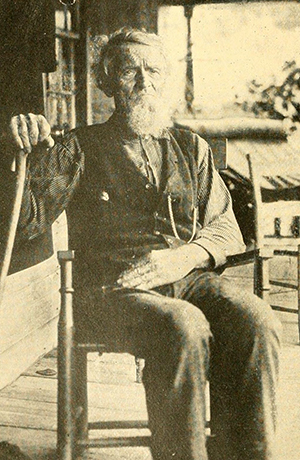 On Saturday, 27 June 1857, the Mitchells left William Patton's Black Mountain House on the southern rim of the Black Mountains, crossed the main ridge, and separated after planning for Dr. Mitchell to continue on to Tom Wilson's home. When Mitchell failed to arrive on schedule, Wilson was called upon to organize and lead a search party. The effort continued from Friday July 3 until Wednesday 8 July, when Wilson, who had located and followed the professor's route through the trackless wilderness, found Mitchell's body in the deep pool of a waterfall below the crest of the Black Mountains' eastern rim. The saga of Wilson's leadership, tracking ability, and knowledge of the mountains soon spread and established his fame far beyond the Appalachian valley where he lived.

After serving during the Civil War as chief musician for General Robert B. Vance's brigade, Big Tom Wilson returned to his home on the Cane River and resumed his life as a guide and hunter. In the following years, he was popular not only as a guide and leader for scientific explorations but also as a grand old man whose life and stories of the Mitchell search and early times soon became a central part of the folklore of the southern Appalachian Mountains. In 1885 Charles Dudley Warner (1829–1900) visited Wilson and incorporated the story into his widely read On Horseback (1888). 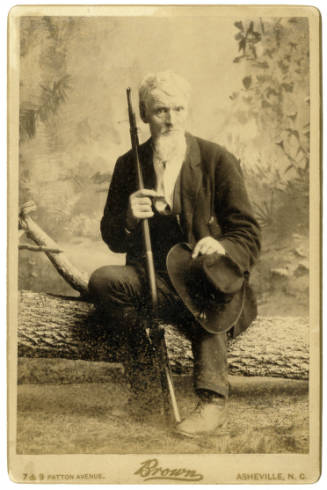 Wilson maintained remarkable physical vigor during his later years, and he was often known to walk on weekends the full 27 miles from his home into Asheville, where his striking physical appearance and familiar face often drew large crowds of friends and admirers. His stamina and reputation were such that on 10 June 1895, at age seventy, he was called upon to organize and lead the search party when the naturalist John S. Cairns (1862–95) disappeared and was accidentally killed near Balsam Gap in the Black Mountains.

Wilson lived out the remainder of his life at his family home in Yancey County, where a stream of visitors came to hear of his exploits as a guide, bear hunter, and leader. Years after his death the mountain peak previously known as "Black Brother," located just north of Mount Mitchell, was renamed "Mt. Tom" in honor of Wilson's contribution to the early exploration of the southern Appalachian Mountains.

U. S. Forest Service. "Big Tom Wilson, the bear hunter, who discovered the body of Prof. Elisha Mitchell where he perished near the summit of the Peak that afterward was named in his honor." Photograph. Our southern highlanders. New York, Outing publishing company. 1913. Frontispiece. https://archive.org/stream/oursouthernhighl01kepha#page/n13/mode/2up (accessed May 20, 2013).

His brother , Big Jim, is in

His brother , Big Jim, is in my line. he went west to Missouri and when the corn got as high as a horses back, his wife and three old son headed back to Yancey Co. or I wouldn't be..... Big Jim caught up somewhere along the way. He only had one arm but could pick up an anvil by the horn with the other.

He was my grandfathers Uncle

He was my grandfathers Uncle and I would love to receive more information on him.