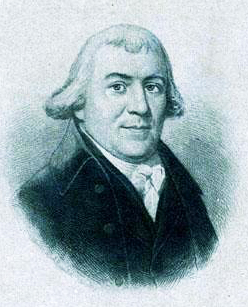 James Iredell Senior, state judge, state attorney general, and United States Supreme Court justice, was born at Lewes, Sussex, England, the oldest of five sons of Margaret McCulloh and Francis Iredell, a Bristol merchant. His father, never a man of substantial means, suffered a stroke in the mid-1760s and was never able to work again. Consequently, young Iredell dropped out of school and in 1768, through his influential McCulloh relatives, was appointed comptroller of customs at Port Roanoke in the town of Edenton, N.C. His yearly salary of £30 was to be paid directly to his parents, while he himself lived on port fees estimated to be worth £100 per annum. Because Henry Eustace McCulloh, the collector of Port Roanoke, was in England most of the time, Iredell had full responsibility for collecting customs as well as looking after McCulloh's numerous properties and other interests. Finally, in 1774, McCulloh negotiated the transfer of the collectorship to Iredell, who maintained the post until he closed his books in June 1776.

During the American Revolution, Iredell sided with America rather than Britain for several reasons. He had become a respected citizen of Edenton, an Albemarle community noted for the talents and accomplishments of its residents, many of whom were connected by a complex web of intermarriages. Intelligent and well versed, Iredell put down deep roots when he studied law under Samuel Johnston—the nephew of a former royal governor and the town's most prestigious individual—and then married his mentor's sister, Hannah Johnston, in 1773. By that date he was practicing law in addition to handling his customs duties, and he became deputy king's attorney for Hertford, Perquimans, and Tyrrell counties. More importantly, in terms of his reputation colony wide, Iredell emerged as the most thoughtful and influential political essayist in Revolutionary North Carolina.

But if Iredell threw in his lot with the Patriots, believing that Parliament had passed numerous acts harmful to the colonists and in violation of their constitutional rights, he rejected until almost the last moment the idea of American independence. Between 1773 and 1776 he attempted, in a series of four essays, to answer a two-part question: How could the empire at once be held together and British-American rights and liberties be revived and guaranteed in the future? Slowly and reluctantly, Iredell concluded that there was no hope of Parliament's ever putting limits to its own authority. He therefore tried, through a scholarly use of British history, to demonstrate that the legislature of the parent country and the legislatures of the colonies were entirely independent of one another but united in a common monarch. This concept, advanced almost simultaneously by three or four writers in different parts of America, would one day gain acceptance with the creation of the British Commonwealth of Nations.

The colonists' final break with England in 1776—which cost him a considerable fortune when he was disinherited by a wealthy bachelor uncle in the West Indies—found Iredell taking a more active role in public affairs. He not only continued to employ his pen for the Patriots, but he also accepted in 1777 a post as one of the judges of the Superior Court (Supreme Court) system. Resigning the following year, he returned to public life in 1779 as attorney general of North Carolina and served for the two critical years when the state faced repeated threats of British invasion. As attorney general he was responsible for taking legal action against the Loyalists and others who hampered the Revolutionary War effort. 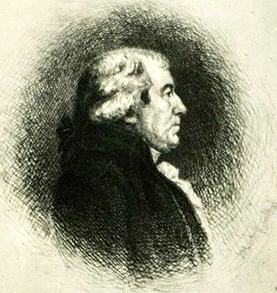 Although Iredell returned to private life and his own law practice near the end of 1781, he continued to maintain an active interest in political matters. A careful reading of his extensive papers suggests that, contrary to long-held historical opinion, no clear-cut party or factional divisions along radical-conservative lines existed in the state during the Revolution and the postwar years. Even so, Iredell in some respects was conservative politically. He preferred the leadership of men of training and talent from respectable families, most of them from his own eastern part of the state; and he was at times critical of "Western men" and the so-called "back-country interest." He was especially concerned in 1783 and thereafter about the legislature's unwillingness to comply with all the provisions of the treaty of peace, just as he wished to see all the states strengthen the authority of the Continental Congress under the Articles of Confederation. He was equally opposed to arbitrary legislative authority by the North Carolina General Assembly, just as he had opposed Parliamentary supremacy in earlier days.

Indeed, there was a remarkable consistency to Iredell's political thinking throughout his life. Both before and after the Revolution he sought to discover methods to confine legislative bodies within their constitutional boundaries. In doing so, he became a pioneering advocate of the doctrine of judicial review; and in 1787, as an attorney for the plaintiff in Bayard v. Singleton, he helped convince the state Superior Court to void an act of the legislature. As he had advocated a division of sovereignty under the old British Empire, so now he advocated a similar arrangement in America between the states and the central government. Accordingly, he favored beefing up the power of Congress so that the confederation could function more effectively in matters of national interest. When such amending endeavors failed, he ardently backed the adoption of the federal Constitution of 1787. He and his brother-in-law, Samuel Johnston, played crucial roles in the adoption of that document, which North Carolina had initially rejected in the first ratifying convention. As Iredell wrote, there would now "be two governments to which we shall owe obedience. To the government of the Union in certain defined cases—to our own state government in every other case."

For the first time, Iredell's name was known outside his state, and it led to greater things. For as Hugh Williamson explained from New York, "The North Carolina debates are considerably read in this State especially by Congress members; some of whom, who formerly had little knowledge of the citizens of North Carolina, have lately been very minute in their inquiries concerning Mr. Iredell ." On 10 Feb. 1790, President George Washington appointed Iredell an associate justice of the United States Supreme Court. The president explained his choice thusly: "I determined, after contemplating every character which presented itself to my view, to name Mr. Iredell of North Carolina; because, in addition to the reputation he sustains for abilities, legal knowledge, and respectability of character, he is of a State of some importance in the Union that has given no character to a federal office."

Iredell's nine years on the highest bench were a formative if unspectacular period in the history of the Supreme Court. It was a time when the justices, besides the two annual terms of the Court, were—according to the Judiciary Act of 1789—required to do circuit duty twice yearly in the lesser federal courts. Iredell, who had ridden the circuits as a rural lawyer and state legal officer, may have been better prepared for this assignment in the saddle than most of his colleagues; he also was the only jurist in the beginning years of the Supreme Court to bring his family to Philadelphia, the nation's capital in the 1790s. Even so, the responsibilities were arduous as the circuits stretched from Portsmouth, N.H., to Savannah, Ga. It was Iredell who took the initiative in working out a fair distribution of these assignments among the judges.

As a justice, Iredell demonstrated, in Julius Goebel's words, "a tough and independent outlook." (Clearly he and James Wilson of Pennsylvania possessed the finest legal minds on the high court during this period.) He "usually had his own characteristic approach" in seeking a solution to cases before the tribunal. He seems to have assumed that the English common law, a part of the colonial legal heritage, would continue as a kind of unwritten underpinning of the federal system of law. An unwavering nationalist so far as federal power over foreign policy and interstate commerce was concerned, as in fact he had been since the Revolutionary War, Iredell was a Federalist politically in the 1790s. Nevertheless, he displayed in such Supreme Court cases as Chisholm v. Georgia and Ware v. Mylton what Goebel describes as "his continuing interest in maintaining watch and ward over the rights of the states." Yet, on another occasion, in response to a congressional statute calling upon circuit court judges to serve as pension commissioners, Iredell informed Washington that the act was unconstitutional, for it conferred on the Court responsibility neither explicitly nor implicitly found in the national charter of 1787. Whatever else, Iredell saw the judiciary as an active force in the new republic, an equal with the other branches of the federal government.

A man of versatile interests, Iredell read widely and wrote both letters and judicial opinions in smooth, vivid prose. While away from North Carolina, he and his wife Hannah maintained their home in Edenton, where they were members of St. Paul's Episcopal Church. They were the parents of three children who lived to adulthood. Iredell died in Edenton and was buried nearby in the Johnston family cemetery at Hayes Plantation.

I am a direct descendant of

I am a direct descendant of James Iredell. I am from Penelope iredells family line. I have been to Edenton and visited his home. My grandfather had several artifacts from time of James Iredell including a letter from George Washington. I have read the books written about James Iredell. I am so proud to bea part of his family. One question I have is regarding Penelopes husband John Smith. I can’t find any info on his history. I know they ended up moving west to Texas. Can you direct me on their move west and what John Smith did for a living.
Also can you tell me if James Iredell owned slaves. It won’t affect my pride in all that he accomplished for our country. Thank you

Thank you for visiting

Very cool. Thanks for

Very cool. Thanks for posting.

I have an ancestor names

I'm including a link to the web page for Genealogy Services at the Government & Heritage Library, State Library of North Carolina.  You may want to contact the library for assistance in locating resources that might help with this family history question.  You'll find the web page, with information about how to contact the library by telephone and by email, at this link: http://statelibrary.ncdcr.gov/ghl/resources/genealogy.html.

Here are also links to the Library of Virginia and the Virginia Historical Society.  They would also be good places to go for help with researching Virginia family history.