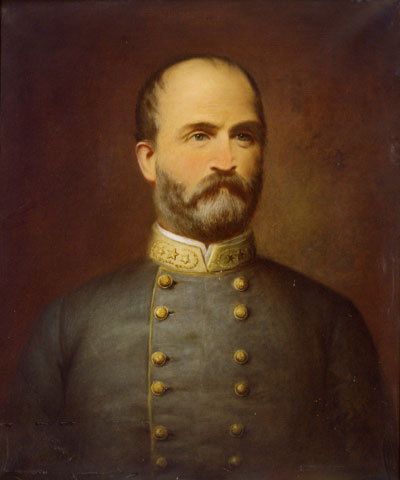 The Armisteads had been in America since William Armistead came from Yorkshire, England, about 1735, to Virginia. William's grandson Henry resided in Gloucester County and married Martha Burwell. Their grandson John and his wife, Mary Baylor, were the parents of the "Military Armisteads."

Walter Keith Armistead (1785–1845), youngest son of John and Mary Armistead, was in military service, as were his four brothers. A member of the second graduating class at the U.S. Military Academy, West Point, he took part in the War of 1812 and the Seminole War, became the army's chief engineer, and at the time of his death, with the rank of brevet brigadier general, was second in command of the army. One of Walter's brothers, Major George A. Armistead (1780–1818), was known as "the hero of Fort McHenry." He commanded the fort in September 1814, when, during its bombardment by the British Fleet, Francis Scott Key wrote "The Star-Spangled Banner," designated by Congress in 1931 as the national anthem. After the battle, Major Armistead was breveted to lieutenant colonel, retroactive to 12 Sept. 1814.

Lewis Armistead, desiring to follow his father and uncles in an army career, was admitted 1 Sept. 1834 to the military academy. An untoward incident prevented his completing its courses. Another cadet, Jubal A. Early, later "a fire-eating soldier" for the Confederacy, is reported to have "insulted" him on the parade ground. At mess, in retaliation, Armistead cracked Early over the head with a plate and was, as a result, dismissed 15 Feb. 1836.

Still determined to carry on the family profession, he was graduated from a military school in North Carolina and on 10 July 1839 became a second lieutenant in the Sixth Regiment, U.S. Infantry, commanded by Zachary Taylor. He fought against the Seminoles under General Taylor and also under his father, and in 1844 he was promoted to first lieutenant.

During the Mexican War he led the storming party at Chapultepec, participated in other battles, and won a reputation for bravery and aggressive fighting. After the war he served fourteen years on the western frontier. In 1855 he was breveted captain and then promoted to major.

In the summer of 1860 he told a disconsolate friend, "I know but one country and one flag. Let me sing you a song and drive away your gloom." He sang "The Star-Spangled Banner." However, when the necessity for choice came, he did not hesitate to prefer the Confederacy. At Los Angeles he presented his major's uniform to a friend, Winfield Scott Hancock, then a captain and brevet major, with the remark, "Some day you may need this." They met later at Gettysburg.

Resigning from the U.S. Army on 26 May 1861, Armistead joined General Albert Sidney Johnston and other officers who had resigned and journeyed with them across the continent from Vallecito to San Antonio, New Orleans, and Richmond. He entered Confederate service as a colonel at Richmond. On 1 Apr. 1862 he was commissioned brigadier general.

Displaying conspicuous gallantry, bravery, and coolness under fire at Seven Pines, Malvern Hill, Second Manassas, and Sharpsburg, he was appointed provost marshal of the Confederate army. General Robert E. Lee personally thanked him for the ability and efficiency with which he discharged the duties of that position.

On 3 July 1863, the third day of the Battle of Gettysburg, the guiding point for the Confederate charge was a clump of trees just beyond a low stone wall. Putting his hat on the point of his sword, Armistead mounted his horse and called in stentorian tones for the men of his brigade to follow him through a rain of shot and shell toward the Union position on Cemetery Hill. General George E. Pickett, who directed the charge from a nearby house, was not present to lead his division. Two other generals were put out of action. Armistead automatically assumed leadership. His horse was shot from under him, but he dashed forward on foot and was the first to leap over the stone wall. Some thirty-odd yards beyond the wall, he laid his hand on a cannon, with the proud announcement, "This cannon is mine." But he was then riddled with bullets and fell, wounded. He was taken from the battlefield to a Union field hospital where it was determined that his wounds were not life-threatening, although he was badly wounded. Despite this, he died two days after the battle from what may have been infection and exhaustion.

His body was buried in a vault in St. Paul's cemetery at Baltimore, Md. A memorial plaque was dedicated there in recent years by the General Lewis Addison Armistead Chapter, United Daughters of the Confederacy, of Washington, D.C.

General Armistead was married to Cecelia Lee Love, daughter of Richard H. Love of Fairfax County, Va; they had one son, Walker Keith, who married the granddaughter of Daniel Webster.

I am at a loss here. This

I am at a loss here. This account is irresponsible if not a downright untruth. I have never, never come across a single account that claims Lewis Armistead was "riddled with bullets" (it was 2 according to his surgeon), his wounds were never "mortal" ( according to his surgeon there were 2 flesh wounds. One in the arm and one in the leg. He was expected to recover) and he certainly did not die "within a few minutes" at "The Angle". It is overly documented by many eye witnesses and experts including his own surgeon that he died two days after "Pickett's Charge". July 5th 1863. This absolutely needs to be corrected. Armistead meeting Hancock is among the most famous tragedies of the civil war. Please give him the respect of truth. He did serve the US Army for 22 years and 2 wars before the civil war

Thank you visiting NCpedia and especially for taking the time to share this information with us. We have made an update to the entry to indicate that Armistead did not succumb immediately on the battlefield, but rather died two days later in the Union field hospital. I also added additional recent historical works for further information for NCpedia readers.

Thank you for visiting NCpedia and providing feedback. I am going to send your comment to our NCpedia team.