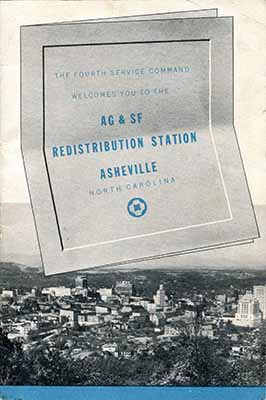 In a letter my dad mentions

In a letter my dad mentions being assigned to Newbridge Station camp on the edge of an exclusive section of Asheville next to a lake. He was in Hq AACS. He says that most of the people work downtown but he prefers where he is because it is a more relaxed atmosphere. I cant find any mention of the camp in my online searches. Do you have any information on a definite location in Asheville. Thanks, Bill

Bill,
My dad was in the downtown group. As a matter of fact his office was the current mayors office. He is still alive and has a near perfect memory. If you would like me to ask him about that camp I'm sure he has some information on it.

Only thing I've been able to

Only thing I've been able to find is the Asheville-Hendersonville AAF that was used both by the Army and the Air Force during WWII. Hopefully this will help you. It used maps and topographical maps with locations. http://www.airfields-freeman.com/NC/Airfields_NC_W.htm#asheville other sites said that the Army rented out several hotels in the area.

Thanks for this simple, yet

Thanks for this simple, yet informative, description of the Asheville redistribution center, where my parents had an extended honeymoon, while Dad recuperated from malaria.
Several years ago, we visited the old Battery Park Hotel, which had become a senior residence.