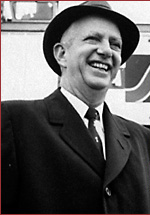 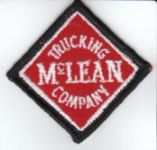 I been trying too get on at

I been trying too get on at McLean, is it a good company too work for.....
fhcoolfh@gmail.com

Unfortunately, the McLean Company referenced here filed for bankruptcy in 1986 and is no longer in business. There is a New York Times archived article about the shut down which you can read here: https://www.nytimes.com/1986/01/11/business/shutdown-at-malean-trucking.....

I hope this helps! Please feel free to post again if you have any more comments or questions.

My uncle, Harvey L. Mullins drove for McClean all his life. He lived in Winston-Salem, NC. Does anyone here remember him?

Oh my gosh, I think my dad

Oh my gosh, I think my dad drove with him. O.C. Smith. I remember hearing him talk about “Mullins”. I’ll ask him if it is the same one!

I worked at McLean Trucking

I worked at McLean Trucking at their Kearny NJ location. Great company and they treated their employees with great respect. So sorry to see that it shut down,they were a great company to work for. Rest in peace, Malcolm McLean...

In Dan Egan’s new book -“The

In Dan Egan’s new book -“The Death and Life of the Great Lakes” -Malcolm McLean is credited with inventing the idea of truck - based shipping containers, thereby disrupting further interest in expanding the St Lawrence Seaway, the Erie Canal and the Welland Canal. Is this accurate ?

Judson and Malcolm grew up

Judson and Malcolm grew up best friends in Maxton Co. N Carolina. My grandmother was a McLean from same county. Any relatives out there ?????

My father, actually an uncle

My father, actually an uncle who raised me, drove for Hayes Freight Lines and then McLean when it bought Hayes in 1958. He loved trucking and was seventh in seniority when he retired in '68.

I worked for McLean as a icty

I worked for McLean as a icty driver at their Chester/Wilmingotn terminal (outside Chester, PA) from 1977 to 1982. They were a good company at the time....until they bought Wolverine Express out of Holland, Michigan. After then, it was a downward spiral......When David Wanchik took over as presdent, thats when they wanted a 15% pay cut. Luckily, I had already left and went on the ABF by then.

They really went down when

They really went down when they purchased ONC at the time of deregulation, every piece of ONC equipment I drove or drug across the Midwest was 100% pure junk, had two trailers break in half on me and I know of several more. I left for greener pastures 6 months before they folded up the tent and gave up.