Inventions in the Tobacco Industry 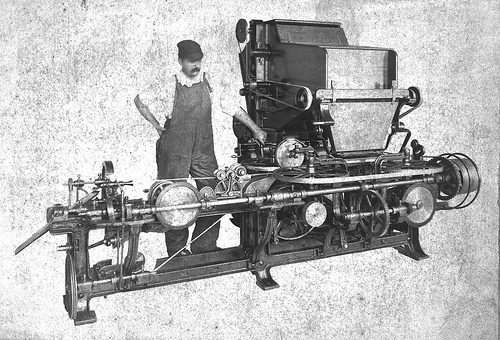 Before the Civil War, North Carolina was mostly an agricultural society with a large portion of its population living and working on farms. One of the main crops grown was tobacco, which was shipped to other states to be turned into tobacco products. Early products included chewing tobacco, smoking tobacco, cigars, and snuff. At first, cigarettes were rolled by hand, a very slow process.

In the early years, tobacco manufacturing was centered in New York City and later in Richmond, Virginia. Soon after the defeat of the Confederacy in 1865, large-scale tobacco manufacturing developed in Durham and Winston-Salem. In North Carolina—a state with limited industry at the time—few people had mechanical skills, except for some who had worked on the railroads. As with other businesses, machinery gradually was introduced into the tobacco industry and then improved. Production machinery was built in faraway countries such as Great Britain and Sweden, as well as in Virginia and other states. Early cigarette paper was manufactured in France. Little about tobacco inventions has been recorded in history books. With the industry being highly competitive, companies often kept production-related improvements secret.

One amazing invention to help the tobacco industry in North Carolina was the Bull Jack, a machine that filled muslin bags with Bull Durham Smoking Tobacco and applied labels to the bags. Full bags were about the size of a pack of playing cards.  That loose tobacco was used to roll cigarettes by hand or to fill a pipe. Rufus Lenoir Patterson, from Salem (now a part of Winston-Salem), developed the Bull Jack. Patterson later was hired by James B. Duke to organize American Machine and Foundry Company and improve manufacturing machinery in all branches of American Tobacco Company. 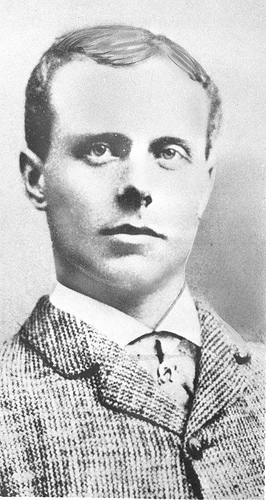 The first machine to produce cigarettes was invented by a teenager from Virginia, James A. Bonsack. Duke leased some of the Bonsack machines and installed them in his Durham factory in 1884. William T. O’Brien, a mechanically gifted man from Virginia, was sent with the machines and is credited with making them more efficient. Once Duke got involved in supporting it, the Bonsack machine revolutionized the tobacco business, replacing the handmade cigarette process with much faster mechanical production.

Factories in North Carolina began printing cigarette-packaging material, such as labels, cartons, and containers, and produced cigarette paper, tipping, and filter rods. Other suppliers furnished tinfoil, cellophane, and poly-film. John Aycock, of Durham, invented improvements in machinery for putting filter tips on cigarettes. One type of ultra-high­speed packing machinery—costing more than $1 million per unit—was significantly improved by a North Carolinian, Robin Pendergraph. At times, cigarette labels were getting folded imperfectly, causing the machine to shut down. Pendergraph figured out how to improve the folds.

Early cigarette tobacco—after being stemmed, blended, flavored, and cut—was delivered to cigarette machines in saratogas, or wooden boxes open at the top. Later, the cut tobacco was automatically delivered to cigarette machines through pin conveyors. Modern systems deliver it to the machines through pipes by air pressure. These are all examples of mechanical improvements. Many people and groups contributed to the development of tobacco manufacturing, including builders of machinery, research and development laboratories, engineering organizations, machine shops that made innovations, and machine operators and adjusters who dreamed of improvements. North Carolinians made hundreds, perhaps thousands, of inventions to improve tobacco manufacturing. Mechanization, or the use of machines to perform work, has reached incredible levels. During the early 1880s, workers rolled cigarettes by hand at the rate of about three per minute. A hundred years later, Molins Mark 9 cigarette-making machines could produce seven thousand cigarettes per minute.

The skillful operation of machinery and improvements to that machinery during the 1800s and early 1900s made it possible for American tobacco companies to compete effectively and to provide thousands of jobs in tobacco factories, many of them in North Carolina. Tobacco became one of the state’s leading industries. Taxes on the incomes of the tobacco companies have been critical to the operation of North Carolina’s government. Donations related to the industry have been important to Duke University and other educational institutions, churches, and hospitals.

Ben Roberts worked twenty-six years at the Durham branch of American Tobacco Company, retiring in 1987 as community relations coordinator. At the time of this article’s publication, he had coauthored two books—John Thomas Dalton and the Development of Bull Durham Smoking Tobacco and Bull Durham Business Bonanza, 1866-1940—as well as an article in the North Carolina Historical Review involving mechanical advances in the tobacco industry.

I have a invention idea with

I have a invention idea with tobacco product and sales.
This ideaIstronglybelieve wiuldchange everything withtbacco products and sales.
Please contact me