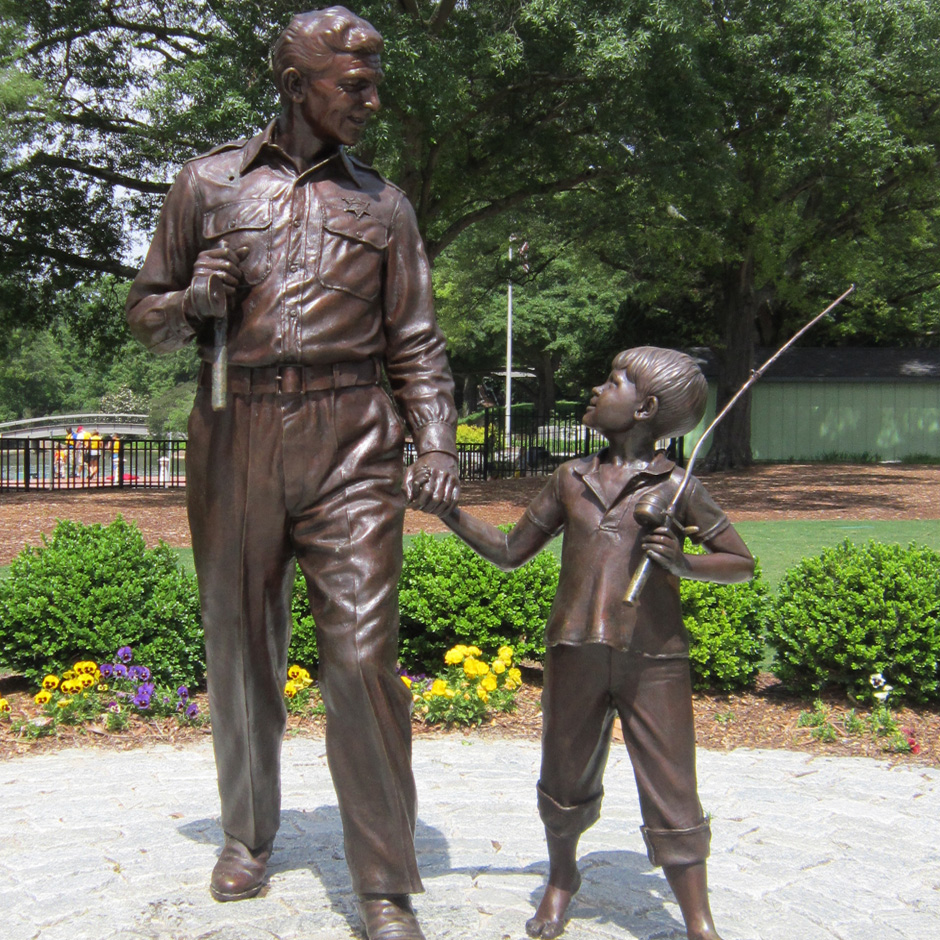 Wish someone would make an

Wish someone would make an STL file so we can 3D print this statue, it's great.

My daughter and I returned

My daughter and I returned from Raleigh yesterday where we tried to find the Andy/Opie statue but no one we asked was able to tell us where it is located, I cannot tell by this website either. For future reference where exactly is the statue please?

After you walk into Pullen

After you walk into Pullen Park, follow the signs to the carousel. You can't miss the statue, and anyone in the park will be able to guide you. Pullen Park is at the corner of Western Blvd. and Ashe Ave.

Hi. You can find the location

Hi. You can find the location/coordinates here:

I have always enjoyed

I have always enjoyed watching the Andy Griffith Show growing up as a kid and I still enjoy watching the reruns today. The chemistry between Barney and Andy were some of the best on TV. I also love all the characters on the show including little Opie. The films that Don Knotts did after his time on the Andy Griffith show were also very good. I am also a fan of the Gomer Pyle sitcom which was a great spinoff from the Andy Griffith Show. The Mayberry RFD was another good show on TV. I have always thought to this day that Aunt Bee was a perfect fit for both series. I even have a metal sing hanging in my garage at my home of Barney Fife in uniform loading his one bullet in his revolver.