North Carolina has 100 counties. This page brings together a number of resources that relate to the history of North Carolina counties, links to resources in NCpedia related to individual counties, and other resources from North Carolina State Government agencies to help researchers locate current demographic and statistical information about North Carolina's counties and municipalities.

Topics on this page 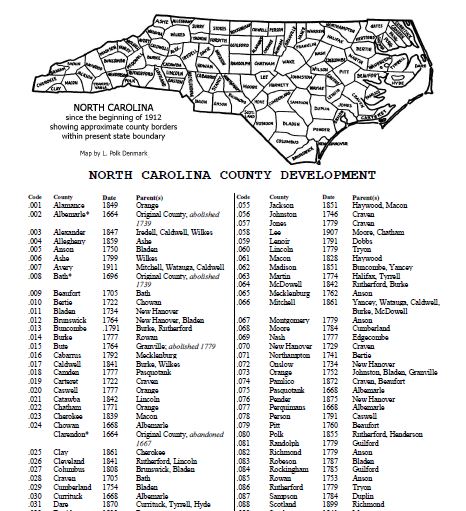 Standard text on the history of the formation of North Carolina's counties, footnoted with annotations to legislative actions. Contains maps and illustrations.


In North Carolina's history, several counties were created that later became defunct or were renamed. North Carolina also created three counties in the 1780s and 1790s that are now part of Tennessee.

District of Washington (formerly the Watauga Settlement), annexed to North Carolina in 1776, name changed to Washington County in 1777 and ceded to the U.S. Government in 1790. 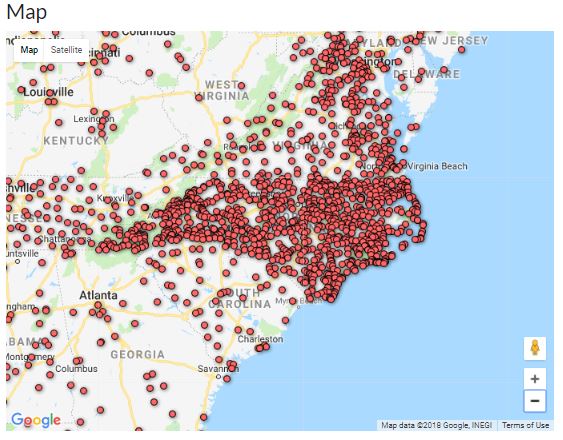 Standard text on the history of the formation of North Carolina's counties, footnoted with annotations to legislative actions. Contains maps and illustrations.

i love ncpedid when i talk to

This is almost as hot as soup

i dont know what that mean

i dont know what that mean

This is a stupid and idiotic

This is a stupid and idiotic site!!

counties are almost as cool

counties are almost as cool as beanies