Benjamin Newton Trollinger, textile manufacturer and business adventurer, was born in the community of Haw River in Orange (now Alamance) County, the son of Joseph John and Elizabeth Rony Trollinger. The Trollingers of Haw River were descended from Adam Trollinger, who was born near the Rhine in Germany and settled on the west bank of Haw River about 1745.

Benjamin N. Trollinger was a member of the North Carolina General Assembly in the 1836 session. Eight years later, in 1844, he built one of the first cotton mills in present-day Alamance County. A promoter of internal improvements, he was a great supporter of the North Carolina Railroad. He and his partner and brother-in-law, Dr. D. A. Montgomery, were large contractors for the railroad in Alamance, Orange, Wake, and Johnston counties. They made brick and built bridges over Haw River, Back Creek, and both crossings of the Eno River at Hillsborough. They also ran a steam sawmill at Asbury and Cary, Wake County, for the purpose of cutting ties for the railroad.

The North Carolina Railroad wanted to locate its repair and maintenance shops on land slightly west of what is now Burlington and were shocked when they found that people in western Alamance could not be persuaded to sell their land. Had not Ben Trollinger come 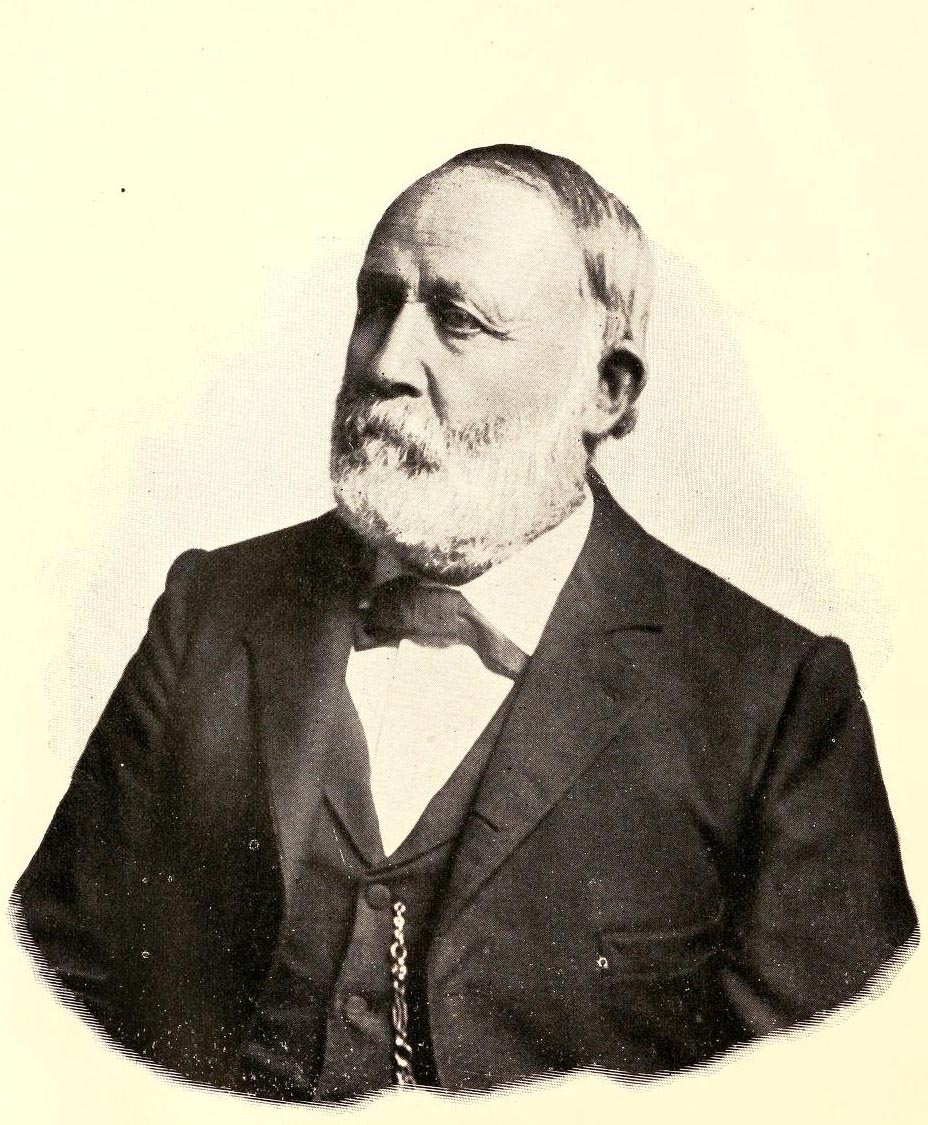 to the rescue at this point, the county might have lost the shops altogether. The railroad, he said, could build shops on his property two miles west of Graham. The railroad accepted this offer after acquiring several other tracts. This land, totaling 632 acres, cost the railroad $6,748.

After the railroad was completed, Trollinger built a hotel at Haw River with the hope that it would become a stopping place for the trains. However, another hotel went up at Company Shops, and the Trollinger hotel failed. Being a man of great energy, Ben Trollinger did not stop but went to Clayton, Johnston County, and began producing spirits of turpentine. This enterprise proved profitable, and, needing a larger area in which to work, he moved to Richmond County, where he and his father bought 5,000 acres of pine land in order to produce turpentine there. The operation was successful, but when the Civil War began in 1861, foreseeing that the Confederacy would need salt, he started two separate salt works south of Wilmington.

There, in the summer of 1862, he became ill with yellow fever. He died and was buried at Haw River.

Trollinger married Nancy Elizabeth Montgomery, and they had a son and two daughters: John, Sallie, and Mary Frances.

My research on Ancestry

My research on Ancestry reveals that Benjamin Newton Trollinger (1810-1862) is most assuredly the source of the name Benjamin Newton Duke (1855-1929). Research has revealed no other source for Ben Duke’s name.

The second wife of George Washington Duke [father of Ben] was Artelia Trolinger Roney [Duke] of Alamance County (1829-1858). One of Artelia’s uncles, on her mothers side, was the famous Benjamin Newton Trolinger discussed herein.

To review the Tree on Ancestry enter: “Mary Polly Roney Trolinger Roney 1800-1879.” This is the mother of Artelia and the brother of Benjamin Newton Trolinger. You can then verify the siblings and children of Mary TrolingerRoney. I have not independently verified said Tree.

Good morning. I am reading

Good morning. I am reading Stoke's book "Company Shops" and read where Governor Morehead appointed Trollinger a Major-General in the NC Militia. Where might I look to find more information on this appointment? Thank you.

Thanks for visiting NCpedia! I'm forwarding your question to reference services at the NC Government & Heritage Library. A librarian will contact you shortly.

How is Henry T. Trolinger

How is Henry T. Trolinger related to Benjamin N. Trolinger?

Unfortunately, NCpedia does not have any information about Henry T. Trolinger.  I have looked at Sally Stockard’s book The History of Alamance (listed in the NCpedia references) and do not see a reference there either.  I have also done a quick search in Ancestry.com to see about a possible relationship from records online and do not see anything immediate there.  It of course doesn’t mean that there isn’t a relationship!  Only that I couldn’t find anything in resources we have access to here at the NC Government & Heritage Library.  Stockard’s book has been digitized and is available online if you wish to look at it.  She does list a fair amount of information about the Trollingers and some descendants -- https://archive.org/details/historyofalamanc00stoc.

If you have information about where Henry T. was born and lived and his dates, I can try to suggest resources to help with your question.  Please feel free to post back here.  I have also replied via email to the address you included with your post.