The Destruction of the CSS Albemarle

The U.S. Civil War saw the first battles involving ships covered in iron rather than wood. The Monitor and Merrimac are the most famous, but many were built during the war, including the Albemarle.

Below, William B. Cushing discusses the sinking of the ironclad Albemarle.

I have the honor to report that the rebel ironclad Albemarle is at the bottom of the Roanoke River. On the night of the 27th, having prepared my steam launch, I proceeded up toward Plymouth with 13 officers and men, partly volunteers from the squadron.

The distance from the mouth of the river to the ramThe Albemarle was referred to as a "ram" because it was used to ram, or run into and smash, other ships. With its iron sides, it could easily destroy a wooden ship and steam away without damage to its own hull. was about 8 miles, the stream averaging in width some 200 yards, and lined with the enemy's pickets. A mile below the town was the wreck of the Southfield, surrounded by some schooners, and it was understood that a gun was mounted there to command the bend. I therefore took one of the Shamrock's cuttersA cutter is a small- to medium-sized armed ship typically used along the coast. in tow, with orders to cast off and board at that point if we were hailedcalled or greeted. Our boat succeeded in passing the pickets, and even the Southfield, within 20 yards, without discovery, and we were not hailed until by the lookouts on the ram. The cutter was then cast off and ordered below, while we made for our enemy under a full head of steam.

The rebels sprung their rattle, rang the bell, and commenced firing, at the same time repeating their hail and seeming much confused.

The light of fire ashore showed me the ironclad made fast to the wharf, with a pen of logs around her about 30 feet from her side.

Passing her closely, we made a complete circle so as to strike her fairly, and went into her bows on. By this time the enemy's fire was fairly severe, but a dose of canister at short rangeCanister is small bullets packed in cases that fit the bore of an artillery piece or gun. Lt. Cushing is saying that the Union ship fired canister at the enemy from close range. served to moderate their zeal and disturb their aim. Paymaster Swan, of the Otsego, was wounded near me, but how many more I know not. Three bullets struck my clothing, and the air seemed full of them.

In a moment we had struck the logs, just abreast of the quarter port, breasting them in some feet, and our bows resting on them. The torpedo boom was then lowered and by a vigorous pull I succeeded in diving the torpedo under the overhang and exploding it at the same time that the Albemarle's gun was fired. A shot seemed to go crashing through my boat, and a dense mass of water rushed in from the torpedo, filling the launch and completely disabling her.

The enemy then continued his fire at 15 feet range, and demanded our surrender, which I twice refused, ordering the men to save themselves, and removing my own coat and shoes. Springing into the river, I swam, with others, into the middle of the stream, the rebels failing to hit us.

The most of our party were captured, some were drowned, and only one escaped besides myself, and he in another direction. Acting Master's Mate Woodman, of the Commodore Hull, I met in the water half a mile below the town, and assisted him as best I could, but failed to get him ashore.

Completely exhausted, I managed to reach the shore, but was too weak to crawl out of the water until just at daylight, when I managed to creep into the swamp, close to the fort. While hiding a few feet from the path, two of the Albemarle's officers passed, and I judged from their conversation that the ship was destroyed.

Some hours traveling in the swamp served to bring me out well below the town, when I sent a negro in to gain information and found that the ram was truly sunk.

Proceeding through another swamp, I came to a creek and captured a skiff, belonging to a picket of the enemy, and with this, by 11 o'clock the next night, had made my way out to the Valley City.

Acting Master's Mate William L. Howorth, of the Monticello, showed, as usual, conspicuous bravery. He is the same officer who has been with me twice in Wilmington harbor. I trust he may be promoted, when exchanged, as well as Acting Third Assistant Engineer Stotesbury, who, being for the first time under fire, handled his engine promptly and with coolness. All the officers and men behaved in the most gallant manner. I will furnish their names to the Department as soon as they can be procured.

The cutter of the Shamrock boarded the Southfield, but found no gun. Four prisoners were taken there.

The ram is now completely submerged, and the enemy have sunk three schooners in the river to obstruct the passage of our ships.

I desire to call the attention of the admiral and Department to the spirit manifested by the sailors on the ships in these sounds. But few men were wanted, but all hands were eager to go into the action, many offering their chosen shipmates a month's pay to resign in their favor.

I am, sir, very respectfully, your obedient servant,

ironclad Albemarle is at the bottom of the Roanoke River." data-share-imageurl=""> 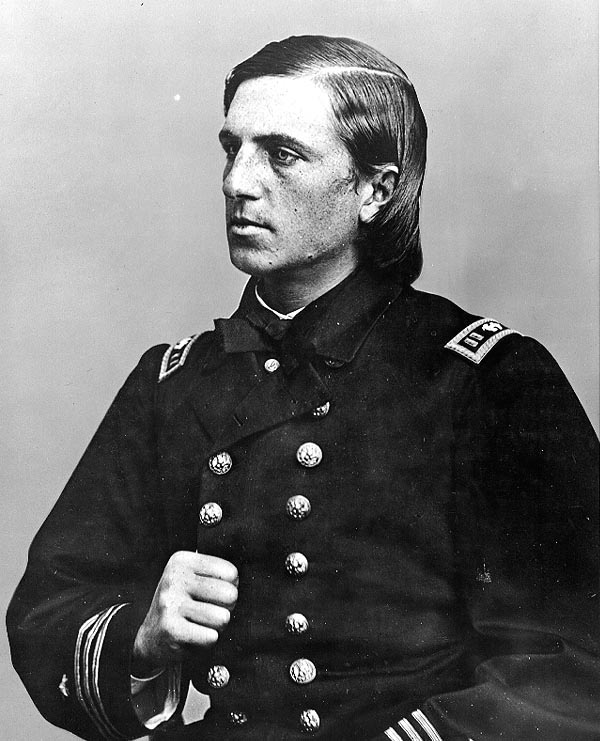 William B. Cushing (1842–1874) became a hero in the U.S. Navy despite having been expelled from the Naval Academy. He died at thirty-two, possibly from side effects of a ruptured disc in his spine. 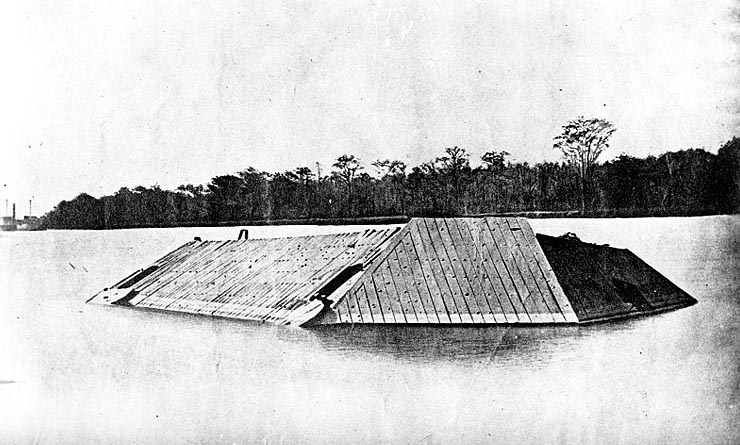 The Albemarle, photographed after it was sunk in the waters off Plymouth, North Carolina. 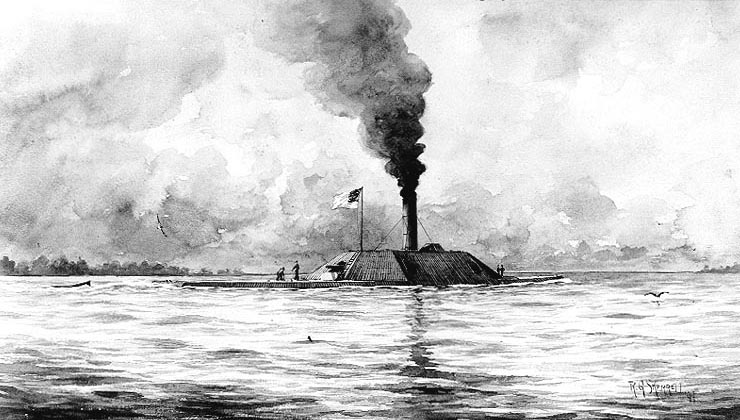 The CSS Albemarle ready for action.