Aftermath of the Battle of Alamance

A few weeks after the Battle of Alamance in May 1771, an account of the battle and its aftermath made its way to various newspapers throughout the colonies, including as far north as the Boston Gazette. The account included included report of the casualties, which may have been exaggerated, and a call for a reward for the capture of the outlaws, Herman Husband, Rednap Howell, and William Butler. Below is a transcription of the Boston Gazette account. It includes annotations for historical commentary and definitions.

Since our last, the Hon. Samuel Cornell, Esq., returned home from our Troops in Orange County, and brings a certain Account of the Regulators being entirely broken and dispersed, and that near 13 or 1400 of them have laid down their arms, taken the Oaths of Allegiance to his Majesty, and returned to their Habitations in Peace.

His Excellency the Governor, after the Battle, marched into the Plantations of Husband, Hunter, and several others of the outlawed Chiefs of the Regulators, and laid them waste; they having most of them escaped from the Battle, and are since fled. A reward of 1000 Acres of Land, and 100 Dollars, is offered by his Excellency for Husband, Hunter, Butler, and Rednap Howell, and several of the Regulators have been permitted to go in Quest of them, on leaving their Children Hostages.

The Lands of the outlawed Regulators are to be sold by the Sheriff of the County where they lie, agreeable to Act of Assembly; and many of them are of great Value, being perhaps the best Lands on this Continent, particularly Herman Husbands's, who had growing on his Plantation about 50 Acres of as fine Wheat as perhaps ever grew, with Clover Meadow equal to any in the Northern Colonies; but infatuated, unhappy Man, about 400 head of horses, which were turned in on it by our Troops, in a few days left it without a Spear of Corn, Grass, or Herbage growing, and without a House or Fence standing! A melancholy Consideration, but made necessary by the Laws of War.

Thus has his Excellency the Governor, at the Head of a handful of Troops, compared to the Numbers of the Regulators, thro' the immediate Hand of Divine Providence, broke this dangerous and daring Conspiracy, that every day increased, and threatened to overwhelm this once flourishing Province in one Scene of horrid Confusion and lawless Fury! For who but the Almighty Ruler of Heaven and Earth could guide the Balls from the Rifles of the Regulators to fly over the Heads of our Troops in the Day of Battle, as they did by ten Thousands; which otherwise, as they were at least five Times the Number of our TroopsWe know from other accounts that these numbers are exaggerated. The Regulators outnumbered Tryon’s forces by only about two to one. There were no professional reporters in the eighteenth century, and no one to carefully check facts before publishing stories. Since the Regulators were not formally organized into an army, any numbers we have from the Battle of Alamance are only estimates, anyway. The account seems to be exaggerated in other ways, as well. Based on this sentence, who do you think might have written this account of the battle and its aftermath? Why?, must have cut them off by Hundreds, and left the Field a dismal Scene of Blood and Carnage. 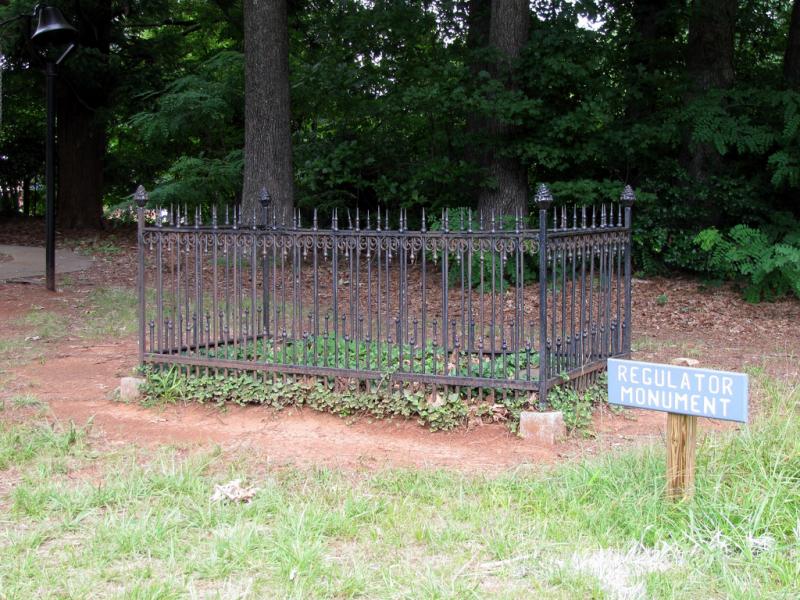 A white marble slab in Hillsborough, N.C. marks the spot where six Regulators were hanged on June 19, 1771, after their defeat at the Battle of Alamance. 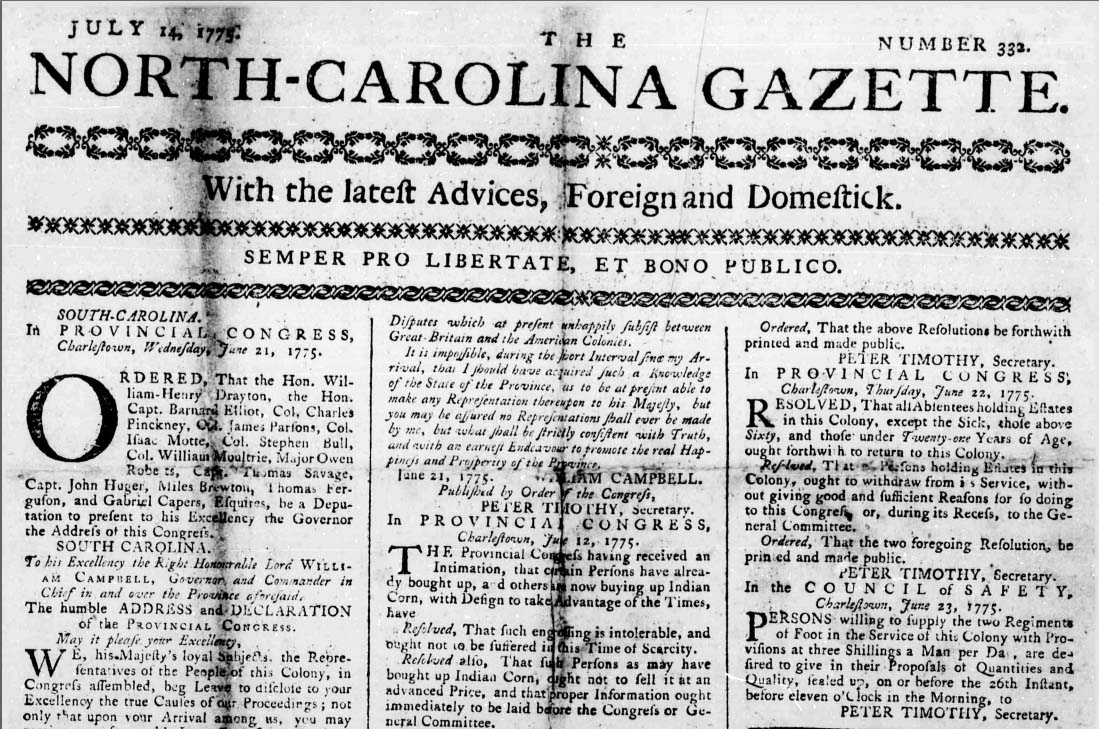 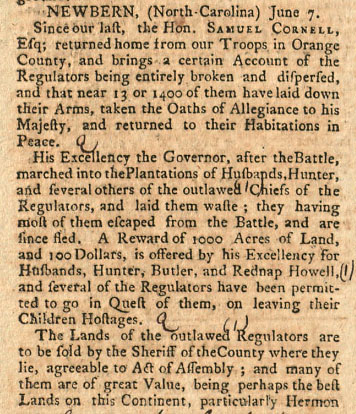 This is an image of an excerpt from the original publication of the Boston-Gazette, and Country Journal, July 15, 1771 showing the account of the aftermath of the Battle of Alamance. From the Collection of the Massachusetts Historical Society.