Dolley Madison (1768–1849), wife of President James Madison, was born in New Garden, a Quaker community in present-day Guilford County, North Carolina. This dramatic letter to her sister, written as the British approached Washington, describes her efforts to save not only Gilbert Stuart’s portrait of George Washington but several trunks of government papers and the Presidential china. After reluctantly fleeing the capital, she met up with her husband in safety. The British, meanwhile, burned the city, including the Presidential mansion.

You might think it odd that Dolley Madison would stop to add to her letter after packing up the portrait — apparently, in a tremendous hurry — but before leaving the Presidential mansion. Some historians think that’s odd, too, and have argued that Mrs. Madison actually wrote this letter as much as twenty years later.

Tuesday, August 23, 1814.
Dear Sister,—
My husband left me yesterday morning to join General Winder. He inquired anxiously whether I had courage and firmness to remain in the Presidential house till his return, and on my assurance that I had no fear but for him and the success of our army, he left me, beseeching me to take care of myself and of the cabinet papersPapers of the President's cabinet -- the Secretaries of State, the Treasury, War, and the Navy, the Attorney General, and the Postmaster General. Since these men headed the departments of the national government, the "public" papers Mrs. Madison was trying to save were the crucial records of the government., public and private. I have since received two dispatches from him, written with a pencil. The last is alarming, because he desires I should be ready at a moment’s warning to enter my carriage and leave the city; that the enemy seemed stronger than had been reported, and that it might happen that they would reach the city with intention to destroy it.… I am accordingly ready. I have pressed as many cabinet papers into trunks as to fill one carriage. Our private property must be sacrified, as it is impossible to procure wagons for its transportation. I am determined not to go myself until I see Mr. Madison safe, and he can accompany me, as I hear of much hostility towards him.…

Wednesday morning, twelve o’clock. Since sunrise I have been turning my spy-glasstelescope in every direction, and watching with unwearied anxiety, hoping to discern the approach of my dear husband and his friends; but alas! I can descry only groups of military wandering in all directions, as if there was a lack of arms or spirit to fight for their own firesides!

Three o’clock. Will you believe it, my sister, we have had a battle or skirmish near Bladensburg, and I am still here within sound of the cannon! Mr. Madison comes not. May God protect him! Two messengers, covered with dust, come to bid me fly, but I wait for him.… At this late hour a wagon has been procured; I have had it filled with the plate That is, the china. and most valuable portable articles belonging to the house. Whether it will reach its destination, the Bank of Maryland, or fall into the hands of British soldiery, events must determine. 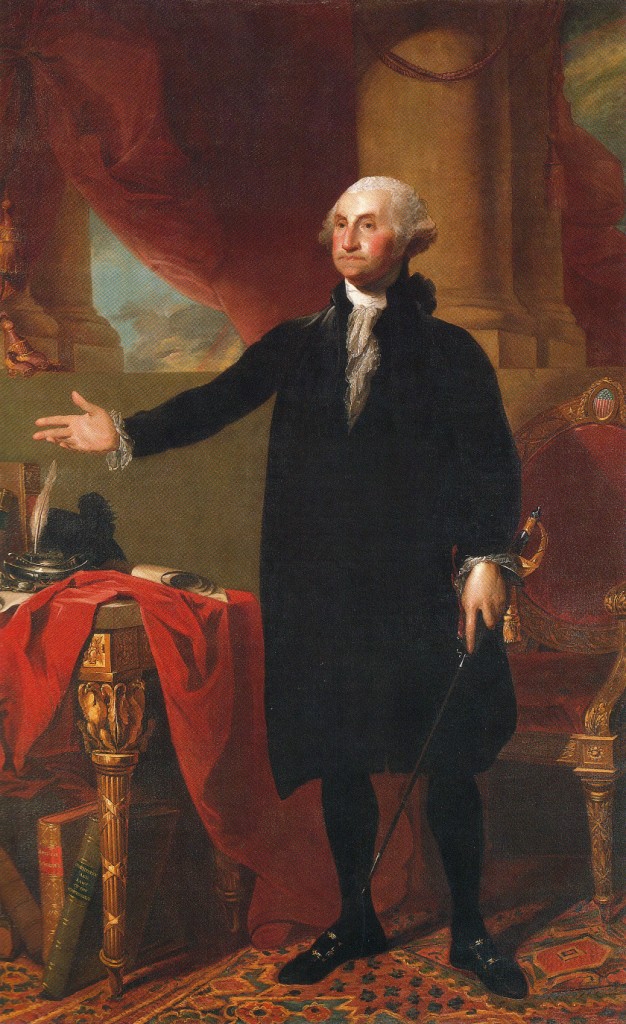 Our kind friend, Mr. Carroll, has come to hasten my departure, and is in a very bad humor with me, because I insist on waiting until the large picture of General Washington is secured, and it requires to be unscrewed from the wall. This process was found too tedious for these perilous moments; I have ordered the frame to be broken and the canvas taken out. It is done, and the precious portrait is placed in the hands of two gentlemen of New York for safe-keeping. And now, dear sister, I must leave this house, or the retreating army will make me a prisoner in it, by filling up the road I am directed to take. When I shall again write to you, or where I shall be tomorrow, I cannot tell.